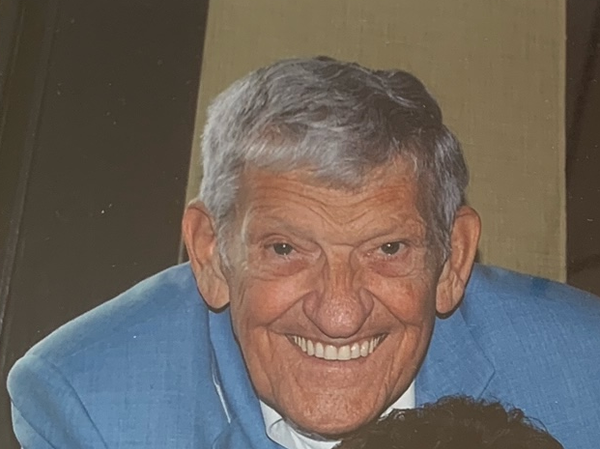 During the first decade of his life he watched his parents deal with the hardships of the Depression which was quickly followed by World War II.

John graduated from Glen-Nor High School in 1947. He married the love of his life, Nancy Kearney on October 13, 1951 and they went on to raise 10 children together. They recently celebrated their 70th anniversary this past October.

John had several occupations over the years before retiring at the age of 75. He was employed by the Pennsylvania Railroad. He went on to work for his oldest brother’s architect business, along with another brother for several years. Next, he was the administrator of three separate nursing homes, for several years. He opened a pizza shop, with his wife and some of his children, for a year. Finally he worked at SS Simon & Jude Parish and Elementary School, as the maintenance supervisor.

John and Nancy lived in Springfield, PA, West Chester, PA and finally in Elverson, PA. John was the most genuine, caring, patient, dependable, diligent, humorous, talented, skilled, self-educated person with many interests. He was an avid gardener, bird lover, cook, movie and trivia buff and google searcher. In the 93 years John was living, he was a positive force in many people’s lives.

In lieu of flowers, contributions to Villa Maria Academy High School in his name would be appreciated.

To order memorial trees or send flowers to the family in memory of John Oakes, please visit our flower store.