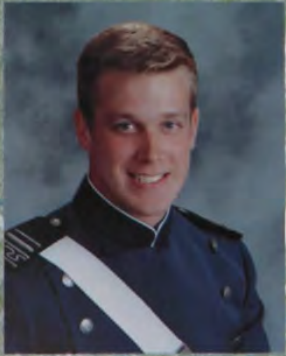 Air Force veteran, Captain John J. Kelly IV, passed away on March 3, 2022 at the age of 44.  He leaves behind his daughter, Alicia; his mother, Vaudene; his siblings, Gail (Brad), Amy and Patrick (Lisa); and his nephews and nieces, Taylor, Austin, Ashley, Katie, Amy, Courtney, Evan, and Shannon.

John was born and raised in Wayne, PA where he attended Valley Forge Military Academy before graduating from the Air Force Academy in 2000.  While on active duty, John led the acquisition and deployment of GPS satellites across the globe and received the Air Force Achievement Medal among others.

John’s true passion lived in the night sky. An amateur astronomer, John would relish the opportunity to bring his telescope and share the wonders of the universe with everyone nearby.

John also served as the self-appointed historian for his family and his extended family as well. He uncovered and curated innumerable troves of ancestry data and stories for future generations to enjoy.

His brilliant mind, gentle demeanor and big heart will be deeply missed.

John will be buried at the Air Force Academy Cemetery in Colorado Springs on April 22, 2022 at 1pm.

To order memorial trees or send flowers to the family in memory of John Joseph Kelly IV, please visit our flower store.
Send a Sympathy Card