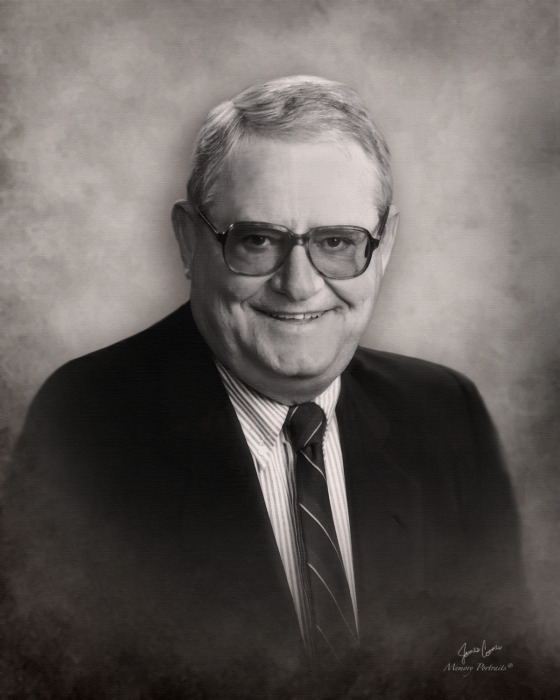 On April 23, 2021, John Joseph Hughes, Sr., at the age of 93, passed away peacefully at his home in Bala Cynwyd with his family by his side.   He was born in Washington, D.C. to his mother, Esther, father, George, and resided with his siblings, Madeline, George ("Buddy"), Mary K., Margaret and James.  He attended St. John's College High School from 1941-45 where he played football and basketball with his older brother, Buddy.  John received basketball and football scholarships from the University of Maryland and Georgetown University, and played football at Georgetown until he graduated in 1950.

Prior to attending Georgetown Law School from 1952-53, John served in the Army in Alaska from 1950-52 during the Korean War.  In 1956, John began work as a Trial Attorney for the Philadelphia Office of the Antitrust Division, United States Department of Justice.  He was promoted to Assistant Chief of the Division in 1965 and Chief in 1971, retiring in 1994.

John lived in Bala Cynwyd for over 60 years with his wife and four children and was dedicated to his church, St. Matthias, and his community.  He and several other members of the church started an intramural basketball league for high school boys that truly brought the community together.

John was a dedicated family man and is survived by his wife, Helen, his children, John Hughes, Jr. (Helen), Jean Anne Principato (Frank), Helene Lynch (the late Fran) and Michael Hughes (Jennifer).  Grandfather of James, Francis, Jenny, Andrew, Taylor, Allison, Cara and the late Frankie; great-grandfather of Quinn.  Also survived by his sister, Margaret, and many nieces, nephews, cousins and friends.  His unconditional and immense generosity in love and deed will be sorely missed.

Masks are to be worn when visiting the family, to the Funeral Mass and Cemetery.   Social distancing is to be observed.

To order memorial trees or send flowers to the family in memory of John Hughes, please visit our flower store.