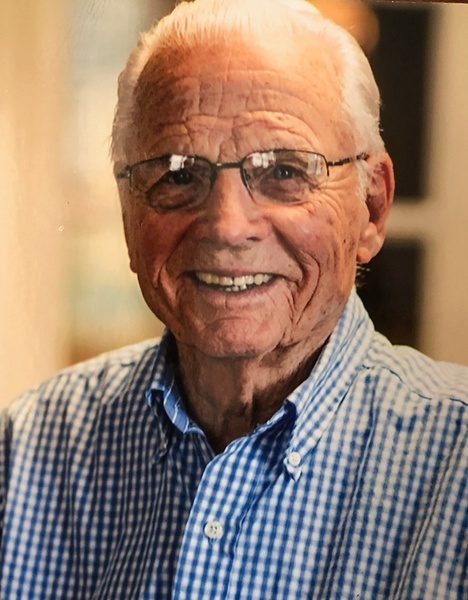 ﻿Jack was born on November 1, 1921 in Newtown Square, Pennsylvania.  He was the son of the late John E., Sr., and Arline (nee Zern) Freemann.

He was a graduate of Bucknell University. Jack worked in the toy industry for over 40 years as the president and founder of a manufacturers representative  organization.

Jack served in the United States Navy as a Lieutenant during World War II as a dive bomber pilot in the Pacific theatre. He received numerous decorations for his service including the Distinguished Flying Cross and was voted into the DFC Society in 2021.

In memory of John "Jack" E. Freemann, Jr., please consider making a donation to one of the following charities: