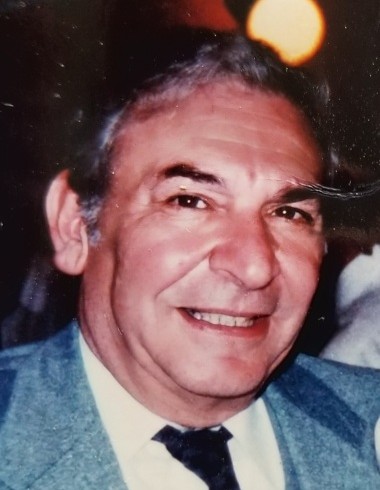 John Joseph Giovanni passed quietly on Saturday, November 20th. He lived to the robust age of 90. John was born in Philadelphia and, after a short carpentry apprenticeship with his father, decided to attend Drexel College where he started Drexel’s Newman Club. While there, he met the love of his life, Joan Buchanan and they spent 62 years in true marital bliss. After a stint in the Army as an engineer, John worked for General Electric Reentry Systems. In 1982 he started his own real estate investment firm, REOD Corp which later branched into his second company, Wayne Realty Corp. There, he partnered with his only daughter, Mary. He made the company a highly respected premier firm on the Main Line due to his honesty and integrity. John kept working long after most people retired. Always shaved and dressed neatly, he went into the office every day up until a few weeks before his death.

John believed in the special and unbreakable bond of family. During their courtship, and early married life, John and Joan enjoyed roller-skating, Broadway musicals, and their newly arriving offspring. In the end, he was surrounded by his children: John Jr., Greg, David, and Mary Katherine while listening to the original cast recordings of his favorite musicals, “Camelot” and “Guys and Dolls”.

John will be remembered for his humor, love of poker, and horse racing, commitment to the Catholic Church, his enjoyment of cooking, his frustration of golf, his ridiculous old Army stories, and the many opinion essays (on everything from neckties to church music) which he wrote for his own entertainment and shared with his children.

John Giovanni truly lived a full and happy life. It is easy to envision that he has rejoined his loving wife and they are roller-waltzing to all their favorite love songs.

To order memorial trees or send flowers to the family in memory of John Giovanni, Sr., please visit our flower store.

Our Lady of the Assumption Church

Our Lady of the Assumption Church