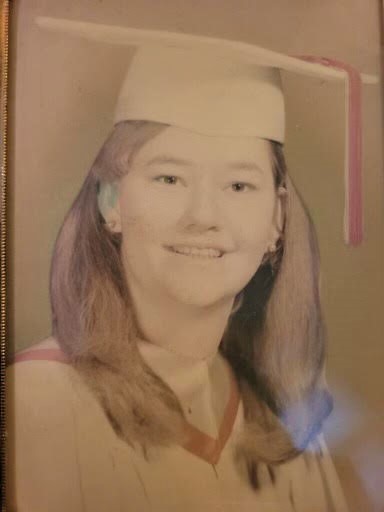 As a child, Joanne could always be counted on when something active and fun was involved.  She loved riding her bike, roller skating, flying kites, sledding (when there was snow on the schoolyard hill), fishing with her dad (ask us the fish hook story) and listening to her records on her little stereo record player.  As she got older, she also loved to read; Stephen King and Kurt Vonnegut were favorite authors.

Joanne also attended Delaware County Vocational Technical School for cosmetology achieving her operators and managers license before she graduated from high school.  She went on to student teach at Gordon Phillips Beauty School in Upper Darby after which she received her teaching license.  In addition to cutting the hair of most everyone she knew, Joanne put her skills to use at the salon at B Altman’s department store in St. Davids.

In 1976, she married Jack Fisher and they were together until Jack’s passing in 1989.  Joanne and Jack had three children John (1978), Nicole (1979) and Brian (1980).  With three small children and a husband who was a firefighter at the Philadelphia Naval Shipyard, Joanne became a bus driver for the Upper Darby School district giving her a work schedule that matched her children’s school schedule.

Family meant everything to Joanne.  She loved her kids fiercely and she spent many hours at their sports activities and dance classes and recitals.   She had a group of lifelong friends (some of them from her elementary and high school years) and could be counted upon to keep track of the things happening in the lives of her many cousins.  Joanne had a heart of gold and was always ready to help.  In her young adult years, she volunteered at a blood donor center for leukemia patients at Fitzgerald Mercy Hospital calling platelet donors and checking them in.  In later years, she was particularly caring of her elderly neighbors, Ms. Gloria and Mr. Mike, whom she took to many appointments when they were unable to drive.

As Joanne’s health declined in recent years and given the COVID climate, she was not out and about very much, but you would often find her posting prayers or funny items on social media.  Her quirky sense of humor will definitely be missed.

To order memorial trees or send flowers to the family in memory of Joanne C. Fisher, please visit our flower store.
Send a Sympathy Card