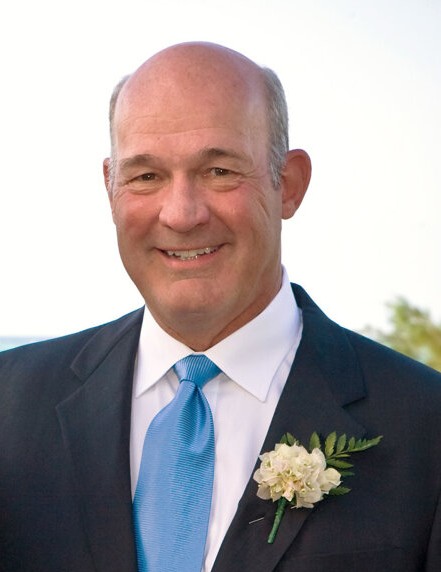 Born in West Reading, PA, he was the son of the late James Van Dyke Quereau, M.D. and Marcia (née Frame) Quereau.

Van earned a degree in economics from Penn State University. After graduation, he immediately joined the Air National Guard Reserves during the Vietnam War, fulfilling his military service to our country. Van then entered the Wharton School of The University of Pennsylvania where he received his MBA in Finance. He then joined Loomis Sayles, a global investment company, as a financial analyst in Boston.

He married his high school sweetheart, Wendy (née Hayes). It was there that they began raising their two sons, Jared and Ben. Van, being a devoted family man, transferred to the Philadelphia office to be closer to extended family and lifelong friends. In 1990, Van accepted a position with Stratton Management where he continued as a portfolio manager and ultimately became Chief Investment Officer and Managing Director. In addition, Van served for 23 years as Trustee of Capital Growth Management Trust and as the CGM Trust Audit Committee Financial Expert from 2003 to his retirement. Van volunteered his time and expertise as a board member of the Jenkins Arboretum and Inglis House.

Van was a true gentleman and very unassuming. He loved to travel, taking his family on special vacations while enjoying the simple pleasures best. He made friends easily and kept them. He loved a good time, hosting friends, and cheering on his favorite sports teams, especially the Penn State Nittany Lions and the Philadelphia Eagles. He was a great story teller and quick to smile. He rarely missed his very early morning exercise, swimming laps before work for many decades. He also, without complaint, dug planting holes his entire married life with a pick axe in rocky soil so his wife could continue her habit of filling those holes with still more plants. An exceedingly kind and humble man, he will be remembered for his generosity, good humor, sage advice, calm demeanor, high ethical standards, his patriotism, and most of all, his devotion to his family. He took great pride in his two sons.

Van is survived by his loving wife, Wendy and children, Jared (Linda) and Ben (Kimberly) and siblings, Carol (Jim) Netter, Connie (Ernie) Graf and their families. Van took special joy in his four grandchildren: Anna, Evelyn, Meredith, and Diana, to whom he was Papa. Van was preceded in death by his eldest sister, Marcia Q. McCrae, M.D. and her husband, Charles McCrae, M.D. Also surviving are the three children of the McCraes and their families.

Relatives and friends are invited to the Memorial Service on Thursday, November 18, 2021 at 11AM at Wayne Presbyterian Church, 125 E. Lancaster Ave., Wayne, PA 19087

To order memorial trees or send flowers to the family in memory of James Quereau Jr., please visit our flower store.