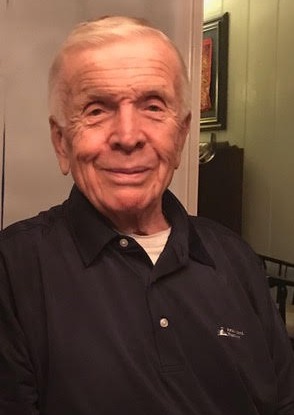 James “Jim” F. Tetzlaff, age 83, of Phoenixville, PA, formerly of Pennsburg, PA, passed away on May 25, 2022. Born in Providence, RI, he was the son of the late Frederick W. and Elizabeth Tetzlaff (nee Darrah).

Jim had a wonderful and full life. As a youngster he enjoyed growing up on a series of family farms in West Point and eventually Horsham, Pennsylvania. He told many stories of events that took place on the farm from wrangling wayward angus, to growing corn and selling it at the market in Philadelphia with his father. Here is where his love for the outdoors began and was honed. Jim was a big fan of tractors and lawn care, mowing his own property up until the last year of his life. He was also a fantastic tomato farmer, growing perfect “Tetzlaff tomatoes” to share with neighbors and friends every summer.

A 1956 graduate of The William Penn Charter School, Jim was an accomplished athlete, and in his senior year, was a member of the Inter-Ac champion football and baseball teams. Jim’s love for Penn Charter never faded as he was a life-long participant in their alumni society and was thrilled to return to campus for sporting events that both of his grandchildren participated in as students at The Episcopal Academy. That was the only time that he rooted against PC.

After a post-grad year at The Peddie School, where he continued to play football, Jim went on to receive his BA from Clark University. While there he was a member of the varsity crew squad because Clark didn’t have a football team. He grew to love rowing and was happy that the rowing gene rubbed off on both of his grandchildren.

Having grown up under the flight path of US Navy aircraft that flew in and out of The Willow Grove Naval Base, Jim developed a love for aviation that eventually led him to enlist in the United States Navy as a Naval Flight Officer. During the Vietnam War, Jim was a member of the Airborne Early Warning Barrier Squadron Pacific, flying 18-hour round trip missions from Midway Island to Adak Alaska. He was honorably discharged in 1967 having earned a National Defense Service Medal. Jim was very fond of his years in the US Navy and continued a tradition his grandfather began by taking his family to numerous Army/Navy football games over the years.

When Jim transitioned to civilian life, he chose a career working in medical sales. He started off selling x-ray film and retired as the Global Sales VP for a 3-D imaging company. He amassed a variety of sales awards over the course of his career and became very good friends with many of his clients, most of them physicians.

Jim was a very involved parishioner at St. Martin-in-the-Fields, serving on the Vestry from 1997 – 2001 and then for numerous years as the head of Building and Grounds for the church.

He was an avid golfer and was a member of The Philadelphia Cricket Club as well as Phoenixville Country Club. In the 1970’s he spent time playing golf in tournaments partnered with his beloved father. They won numerous awards at Huntingdon Valley Country Club in Pennsylvania and at Ekwanok Country Club in Vermont. He was a member of the Philadelphia Seniors Golf Association and in 2008 was the recipient of the Ed Frutchey Memorial Trophy for low net score. He also enjoyed teaching his daughter how to play golf and in his later years he was thrilled to have a new golf partner in his grandson, Charlie.

Despite all of his accomplishments, Jim’s devotion and love for his family was the hallmark of his life. He loved watching sports, playing golf, reading, and cutting the grass, but his most cherished moments were found spending time with his beloved mother, Elizabeth, daughter Susan, son-in-law Chuck, and his grandchildren, Charlie and Ella. He was present in their lives for everything from milestone celebrations, to high school sporting events, to worshipping together in church and weekly Sunday dinners.

As family and friends of Jim, our lives certainly will not be the same without him, but we know that we have been changed for the better having had him so close to us for so long.

To order memorial trees or send flowers to the family in memory of James "Jim" F. Tetzlaff, please visit our flower store.
Send a Sympathy Card