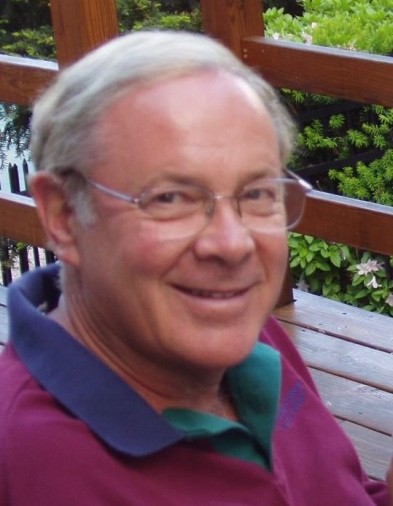 Born in Providence, Rhode Island, on August 2, 1942, the son of Eugene and Elizabeth (“Libby”) Gerry, he was deeply influenced by his childhood and adolescence in Rhode Island, and by the love and character of his parents. Jim‘s children fondly recall spending hours over the dinner table, or with relatives on family vacations, being regaled with stories of their father’s childhood adventures – tales that revealed both an intrepid spirit and a mischievous love for a practical joke that Jim would carry with him throughout his life.

Jim graduated from Warwick Veterans Memorial High School and Brown University, where he majored in English, made a number of wonderful lifelong friends, and developed his love of literature and his considerable talents as a writer and public speaker. After graduation in 1964, he served in the Navy for two years as a commissioned officer on the USS Beatty (DD-756).

At the completion of his naval service, Jim moved to Philadelphia for a position at the healthcare company then called Smith Kline & French.

In 1975 he accepted an offer to join the founding team of a small start-up company called Synthes, which designed and manufactured innovative medical implants and instruments for the treatment of physical trauma. Jim moved his young family to Downingtown, PA, and would call Chester County his home for the rest of his life. There he raised his family and helped build Synthes from a fledgling firm to a major multinational corporation employing thousands of people that continues to make products that enrich countless lives. He retired from Synthes in 2009 as one of its most senior executives.

Just months after retirement, Jim married Cherie Galbrun; their relationship was one of his life‘s many great blessings. The last decade of his life was a rich one, filled with travel with Cherie, intellectual and philanthropic pursuits, winters in Marco Island, and the large and spirited summer family reunions he and Cherie routinely hosted. He will be long remembered for his commitment to family and love of place; for his sense of humor and masterful sense of comic timing; for his gift for friendship; and for his love of and service to his country.

He is survived by his wife Cherie; by his sister Mary-Lou Scott and his brother-in-law and lifelong friend Robert Scott; by his five children - Todd, Alexandra, Keith, Heather, and Brett; his nephew James M. Scott; and by his eight grandchildren. His family is planning a memorial service for him in the spring of 2022, about which details will follow.

In lieu of flowers, the family welcomes donations to the USO in honor of James Gerry.

His family invites you to visit Jim Gerry's memorial page to view life-long pictures, share your stories, and find updates on his memorial in the Spring.  Please visit the following link: https://www.mykeeper.com/profile/jamesgerry/

To order memorial trees or send flowers to the family in memory of James Gerry, please visit our flower store.