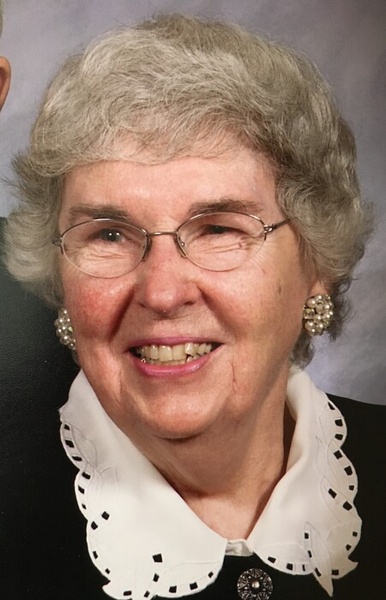 Helen Shields has gone home to join her beloved husband Dan in time for Christmas this year, no doubt singing and kidding with the angels along the way.

A generous and cheerful soul who spent her 91 years serving God, her family, her Church and her community, the woman who came to be known as Grammy was a magnificent wife, mother, grandmother and great-grandmother who wrapped her extended clan in her arms with joy, gusto, song and humor.

Family was a constant in her life, which spanned childhood on 7th Street in North Philadelphia -- made hard by the premature death of her father that severely tested her, her mother and brother Bill – to a more comfortable life in Upper Darby and Berwyn where she and Dan raised their four children. She often spoke fondly of Saint Edward‘s parish and Hallahan High School, which she attended before working as a secretary at Mr. Nash‘s stock brokerage to help support her family.

She never lost her connection to her roots, hosting discussion groups and task forces to build an urban/suburban bridge.  A regular Mass-goer, she enjoyed serving as a Eucharistic minister at Saint Isaac Jogues Church.

Her open door made many a Sunday dinner a family affair complete with aunts, uncles and cousins. The swimming pool behind the house in Berwyn became a magnet for people to bask in the warm, welcoming atmosphere.

Her amazing memory let her rattle off her favorite poems, lessons from her catechism, Latin declensions, and the lyrics to songs – “She wore red feathers and a hula hula skirt” – emanating from a deep reservoir of obscure and entertaining musical gems privy to a select few, sometimes accompanied by a comb wrapped in waxed paper.

She blessed her children Kathy, Mike, Dan III and Greg with both roots and wings, ensuring her home remained a comforting refuge for all while encouraging her kids to pursue their dreams and ambitions. She delighted in reading to her grandchildren and great-grandchildren.

Her lifetime love affair with Dan was the family’s bedrock. The neighborhood boy she met when he was in second grade and she was in first became her husband of nearly 67 years, a hearty union that inspired generations. They were the perfect match, shining their love on all they met with a spirit of grace and dignity.

Helen lived much of her life with her own mother, Gertrude, a charismatic and feisty woman from whom she inherited toughness, determination and a stoic acceptance of suffering that bordered on the supernatural -- as was her ability to bob gracefully in a pool without benefit of flotation devices and to juggle senior events, peers and pre-school schedules.

She loved the water, spending summers with the clan down the Shore that instilled the same longing for sand and surf in her kids. Travel to exotic spots—often to visit far-flung sons – provided lasting memories and slides for the living room projector sessions that were so much fun.

Our dog Baron loved her the best.

A long-suffering follower of awful Philadelphia sports teams, she relished the Super Bowl victory of the Eagles, her favorite team. A devotee of sticky buns and peanut M&Ms, Helen loved to play bridge, chat on the phone with relatives and friends, and show off backyard visitors including deer and Minty the Duck to wide-eyed grandkids. Sporting an apron with the motto “I’ve Got More Time for Misbehavin‘ Since I Started Microwavin‘,” she would swap wisecracks with denizens of the kitchen table.

Her storytelling skills – who will ever forget the tale of the altar boy with vestments set alight by candles -- captured her pride at her Irish heritage. She sang along lustily to the tunes of the Clancy Brothers and made sure to pinch anyone who neglected to wear the green on Saint Patrick’s Day.

Grammy may be out of sight, but she will never be out of mind to her wide circle of family and friends.

With love and gratitude,

To order memorial trees or send flowers to the family in memory of Helen Shields, please visit our flower store.