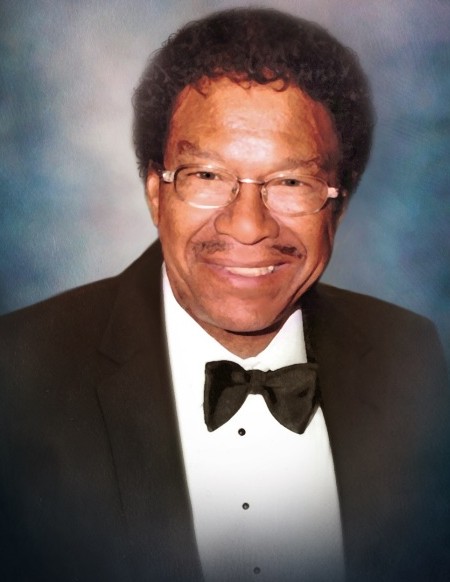 In Echo, Louisiana, 1932, he was the fifth of ten children born to the late Bert and Indiana (nee Pero) Williams and was raised on the family farm where the virtues of hard work, family duty and honesty were instilled in him. He was an avid reader, and according to his siblings, would be found with a book in his hand whenever he had a little free time. On his 21st birthday he (and his books) boarded a train and moved to Philadelphia, PA to aid his sister with her new family and to search for new opportunities.

He married the love of his life Arnita Rucker in 1962, and with two sons resulting from that union, the family settled in the Wynnefield section of Philadelphia. He earned a degree from Saint Joseph’s University in Political Science and Business Administration and a degree in Accounting from Philadelphia Community College.  He worked as a Southeastern Regional Supervisor for the PA Department of Labor. He subsequently accepted a position as an Auditor for the Commonwealth of Pennsylvania, where he worked until his retirement in 2003. He received numerous citations for his distinguished years of service to the Commonwealth.

He became very active in local Philadelphia politics, serving as a Ward Committeeman for 20 years, Ward Chairman, and as an advisor to many successful campaigns. Regardless of the consequences to himself, he always spoke truth to power to benefit the greater good.

He also served as a Vice President for the United Plant Guard Workers Union Local 506 and is a Member of the World Karate Union Hall of Fame.

He was always willing to open his home and devote his time to anyone in need, but never sought acknowledgement or praise for it. It was not uncommon for young adults in the neighborhood to visit, looking for his assistance in finding a career or even for a ride to an interview, which he was happy to give. He possessed a quiet reserved dignity, an unwavering devotion to family and friends, and when you least expected it, a penchant for leaving a room bursting with laughter with just one quip. He felt especially blessed when he became a grandparent and was the first person down on the floor pretending to be a train, an animal or something silly whenever a little one entered a room.

He would rarely sing. For this we are also grateful, as his “interpretations” of Motown classics and Peter Gabriel’s “Sledgehammer” (a surprising perennial favorite) were, umm, interesting.

He leaves us an indelible legacy of decency and integrity, both as a public servant and private family man.

A Memorial Mass will be held at SAINT BARBARA CATHOLIC CHURCH, 5359 Lebanon Avenue Philadelphia, PA 19131 on Saturday, January 15, 2022 at 11 a.m. Please respect that masks and social distancing are required for everyone in compliance with Church and CDC COVID guidelines. Attendees will be seated every other pew. In lieu of flowers, the family asks that donations be made to St. Barbara’s Church. All other services will be held privately.

Donohue Funeral Home of Upper Darby, PA is serving the family. Please leave your memories and stories on the family’s Tribute Wall: Https://www.donohuefuneralhome.com/obituary/Harvey-Williams. A link to stream the Mass online can be found at  https://us02web.zoom.us/j/2158879680?pwd=ek1JZG9tK0xNc2UzTWxsZTlLUElTQT09 or simply click on the livestream box below .

Thank you, “Hub/Dad/Grandpa/Pops/Brother/Uncle Harvey/Big Harv/Mr. Harvey/Bookman”, for the wonderful life you have given us. You are dearly loved and deeply missed. Until we meet again...

To order memorial trees or send flowers to the family in memory of Harvey Williams, please visit our flower store.