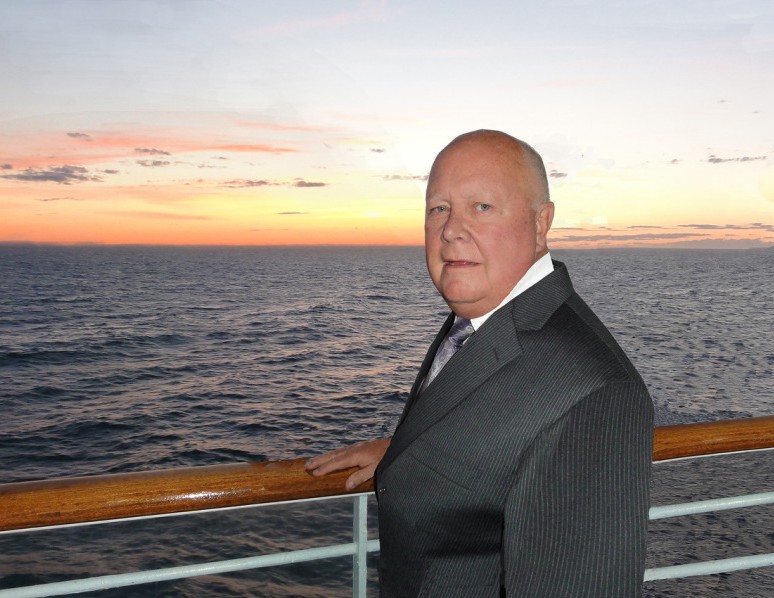 Harold graduated from West Catholic Boys, Class of 1956. Following graduation he attended Villanova University where he earned a Bachelor of Science degree in Economics. Harold enlisted in the Army National Guard in 1959 where he was a tank commander, qualified sharpshooter and served his country until his Honorable discharge in 1966.

In May 1960 he married his high school sweetheart Charlotte Marie Brennecke who attended West Catholic Girls High School. Harold and Charlotte were both members of the Tri Community Cadets Drum and Bugle corps from Newtown Square, Pennsylvania. In June 1961 Harold and Charlotte had their first child, a son, Harold Thomas Robinson III (Robbie) and in November 1963 their second child was born, a daughter,
Kimberly Ann Robinson. The family lived in Havertown, Pennsylvania before moving to West Chester, Pennsylvania in 1967 where they stayed until 2016.

Through the 1960’s Harold continued his involvement in drum and bugle corps as an instructor and a contest judge. His professional career began at Whiting Patterson paper and envelope company as a sales representative. The same company that his father Harold Sr worked for.

During the later part of the 1960’s, Harold (Robby), reunited with longtime friend Denny White as the two would resurrect the Tri Community Cadets drum and bugle corps to begin a new chapter in its history. The corps grew quickly and by 1974 a new and more competitive drum corps was formed, The Crossmen.

As the founding director, Robby guided the Crossmen for 11 years from 1975 through 1985. It was during these years that his dedication to this youth movement was etched into his legacy. Robby, along with his wife Charlotte and both children, young Robbie & Kim, made the corps their lives. Their home became everybody’s home as the Crossmen became a larger extension of the Robinson family.

Following Robby’s retirement from drum corps in 1985, he started his own printing company RO Envelope. Once again it became a family business as Charlotte, young Robbie and Kim all worked at the company. Big Robby even hired some former Crossmen members and other family members to work at the company. He was a family man in every sense of the term.

During the RO Envelope years, Robby & Charlotte became regular travelers to Disney World. As grandchildren came into the fold they were sharing their joy of travel with family.

By the turn of the new millennium, Robby had entered into a new hobby and that was boating. Not taking it lightly, he enrolled in classes given by The Coast Guard Auxiliary and before long was persuaded to join the organization. He worked his way through the ranks and eventually became Commodore for the 5th Northern District. His commitment to the CGA was nothing short of amazing. He received one of the highest honors possible when he led a rescue mission along the Delaware River. The AFRAS award was presented to him in our nation's capital.

As Robby entered retirement, he and Charlotte began to travel more and finally enjoy the fruits of their dedication to others. They continued their yearly trips to Disney and also other destinations around the world. Robby would make appearances to support the Crossmen organization that he founded. He was honored for his years of dedication to Drum Corps with inductions into the Crossmen Hall of Fame, The World Drum Corps Hall of Fame, and recently the Drum Corps International (DCI) Hall of Fame.

As father time began to limit his mobility his new hobby became trains. He often attended train auctions and acquired quite a train collection along the way.

Never fully bouncing back from the loss of his sweetheart in 2019, Robby’s own health began to decline. His wishes were to remain at home through his illness which his children honored. He died peacefully on February 14 surrounded by his family. He was reunited with his sweetheart on Valentine's Day.

A Catholic Mass will be held on April 9, 2022 at SS Simon & Jude Church Route 3 and 352 in West Chester, PA. A greeting line will start at 10am with a mass at 11:00am. A reception and Celebration of Life will follow downstairs in the activity center beginning at 12:00pm.

In lieu of flowers a donation can be sent to the Robby and Charlotte Robinson Scholarship Fund: https://tinyurl.com/575exhsk

To order memorial trees or send flowers to the family in memory of Harold Robinson, Jr., please visit our flower store.