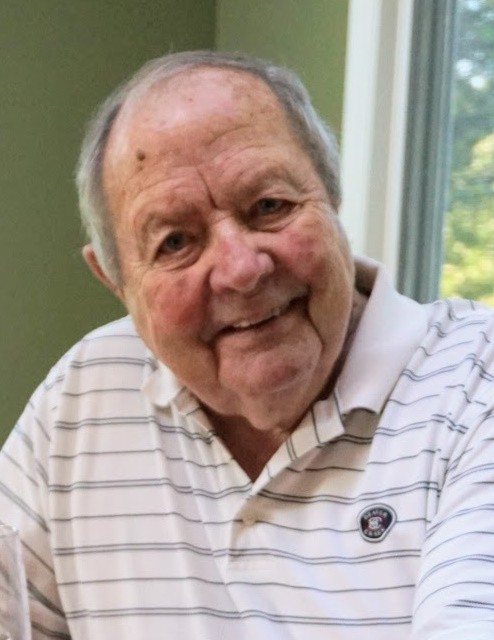 Jerry was a 1949 graduate of St. Joseph’s Preparatory School in Philadelphia and he remained an active alumnus throughout his life. He served in the United States Air Force during the Korean War and was honorably discharged with the rank of Staff Sergeant.  Upon graduating from Villanova University and attaining his CPA license, Jerry began his professional career at Arthur Anderson. He then spent 25 years of his career at Aramark where he became the Vice President of International Finance.

Jerry had his pilot’s license and enjoyed flying in his Cessna 172.  He spent a lot of his free time waterskiing, fishing, flying, golfing and bodysurfing at his vacation home in Ocean City, New Jersey.  In his later years, much of his time was spent attending his grandchildren’s sports and activities. Jerry was a very active member of Saints Simon and Jude Parish for 54 years.

In lieu of flowers, memorial contributions to the Chester County SPCA, 1212 Phoenixville Pike, West Chester, PA 19380, would be appreciated.

To order memorial trees or send flowers to the family in memory of Gerald Gibbons, please visit our flower store.