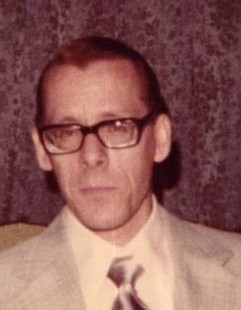 He was born in Shamokin, PA on August 19, 1941. He was a graduate of St. James High School in Chester, PA. Fred was a computer programmer working for various insurance companies including INA/CIGNA, Penn Mutual, and AlG. While he was a resident of West Chester, PA, he lived most of his life in Norwood, PA. Fred was the loving son of the late Frank Olshefskie and Catherine Olshefskie (nee Paulukinas).

Fred was an individual who lived life on his terms. Although he may not have done what was expected he lived his life with little regrets.

More than anything else in his life his relationship with God was primary. Fred loved nothing more than getting in the car and driving, listening to Biblical messages on the radio. These drives centered and calmed him in ways nothing else could do. The fact that he is now with the Lord gives great comfort.

Fred was also a “Dad” to his beloved pet "children". Fred would rather spend time with them than anyone else in the world. He will be sorely missed by his surviving cat son, Hankie.

Fred enjoyed watching sports and cheering for his favorite teams. Additionally Fred enjoyed investment matters, especially given that numbers were the thing that most interested and mentally challenged him.

Relatives and friends are invited to view the livestream of his Funeral Service 11 AM Friday, April 30, 2021 via The Donohue Funeral Home Facebook page: https://www.facebook.com/thedonohuefuneralhome/

In lieu of flowers, donations may be made to any animal rescue organization or to the charity of your choice.

To order memorial trees or send flowers to the family in memory of Frederick Olshefskie, please visit our flower store.