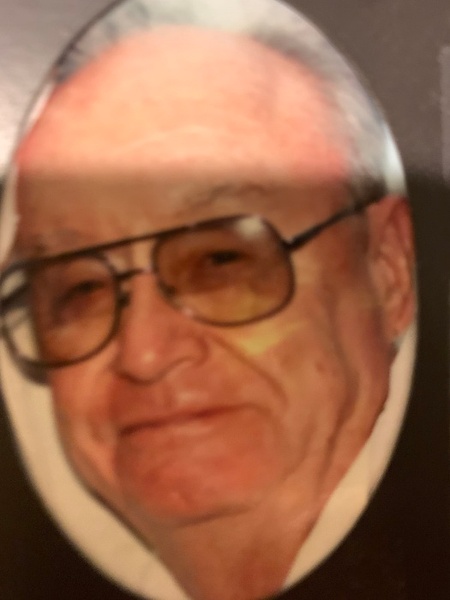 The role of husband, father, grandfather and great grandfather were what Frank treasured most.  He was born in Lowell, MA and attended Keith Academy and Boston College.  The values instilled in him by the Xaverian Brothers at Keith and the Jesuit Priests at BC guided his values and principles throughout his life.  Raised in a rooming house owned and run by his mother, he often said, "I got my degree from Boston College but I got my education from "The Old Rooming House!"  A WWII veteran, Frank served in the Navy receiving commendations for his role in the liberation of the Phillipine Islands.  Frank spent a long and distinguished career with General Electric Company.  After many years in the Philadelphia Switchgear Division, Frank went on to various locations and positions within GE, retiring in 1988 from GE Aircraft Engines Division in Cincinnati, OH.

Frank and Pat (deceased 2017), his wife of 67 years, returned to the Philadelphia area after retirement and resided in Hershey's Mill, West Chester, PA where they became active members of the community and avid golfers.

All who knew Frank were struck by his deep love of, and dedication to his family.  His strength, deep faith and contagious Irish humor were exemplary.

Relatives and friends are invited to his Visitation 10-11 AM Friday, June 4, 2021 at SS Peter & Paul Church, 1325 Boot Road, West Chester, PA.  Words of Remembrance will begin at 10:45 and the Funeral Mass at 11 AM. Interment SS Peter & Paul Cemetery.  Donations can be made to the Michael J Fox Parkinson's Foundation.  https://www.michaeljfox.org/

To order memorial trees or send flowers to the family in memory of Francis Sullivan, Sr., please visit our flower store.