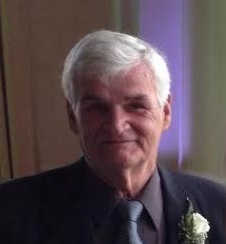 Fran was a 1959 graduate of Monsignor Bonner High School and served proudly in the US Navy during the Cuban Missile Crisis. He worked as a Peco lineman from 1962-1990. After his retirement, he became a landlord, owning and maintaining several properties.

Fran was an avid hunter, fisherman and all around great outdoorsman. He was a lifetime member of Whippoorwill Hunting Club in Phillipsburg, PA. He enjoyed boating and was a big Eagles and Penn State football fan.

He especially enjoyed spending time with his family and they will miss all of his corny dad jokes, which kept them laughing.

In lieu of flowers, memorial contributions may be made to the Abramson Cancer Gift Fund, 3535 Market Street Suite 750, Philadelphia, PA 19104, https://giving.aws.cloud.upenn.edu/fund?program=MED&fund=600778

To order memorial trees or send flowers to the family in memory of Francis P. Barr Jr., please visit our flower store.