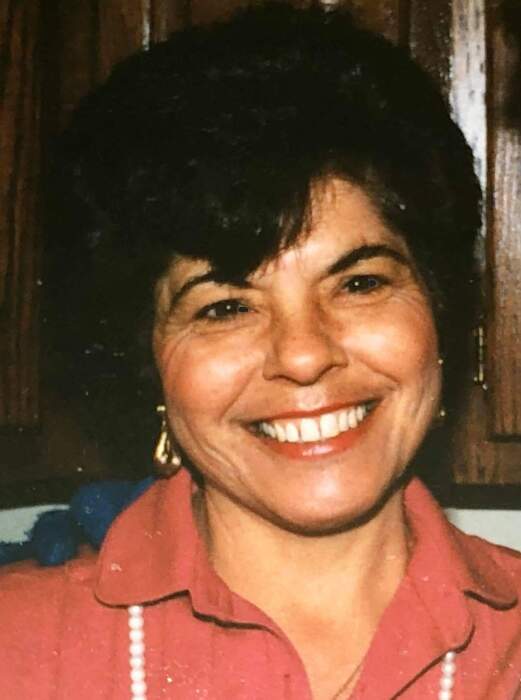 Fortunata “Lucky” Stitz passed away on Tuesday October 12, 2021 after battling multiple health issues bravely the last five years. She was surrounded by her immediate family who took a measure of comfort at being there.

Lucky was born in 1931 in Naso, Sicily to Rosario and Rosaria Manera (nee Mancuso) as the third of eight children. Initially a sickly child, she grew up energetic, playful and even a bit mischievous. She witnessed first German then American Soldiers march through the olive groves of her home. At age 16, she was sent to the Philadelphia area with her sister Josephine and brother Jimmy to work so money could be sent home to eventually bring the entire Manera clan to the United States where they all lived together in the same home.

Despite having a legendarily overprotective father, she managed to elude his watch just long enough to meet her husband Thomas (Tome) Simunov who had escaped what was then communist Yugoslavia and spoke fluent Italian. After getting married in 1963 and briefly living in Alassio, Italy they came back to Woodlyn, PA and had sons Steven in 1965 and David in 1966. Tom was killed in a refinery accident in 1968 and Lucky raised her two sons by herself. Lucky was selfless, always sacrificing and emphasizing the importance of family, hard work and getting a good education. Lucky loved cooking for family gatherings and especially for her grandchildren Stephen, Mark and Kiki.

In 1984, Lucky married Victor (Vic) Stitz, whose spouse had passed away several years prior. Vic had five adult sons (Bill, Victor, Dave, Mike, Mark) who all married and started families quickly. Lucky frequently watched many of their children over the years and was their “Italian Grandmother”. Lucky and Vic resided in their Harper Avenue home where she leaves many lifelong friends. Lucky took pride in creating the most elaborate gardening in the area even winning a landscaping prize from Penn State. A true Italian, Lucky turned the small plot of land in back into a tomato, zucchini and pepper farm and enjoyed the figs from her trees.

Lucky was always helping others and was charitable to a fault. She was very active in Our Lady of Peace church and used her gift for flowers to do arrangements. Her pleasant and friendly demeanor was always present regardless of how she felt especially in her later years. The world was lucky to have her for almost 90 years.

In addition to her parents, Lucky was predeceased by husband Thomas Simunov, her brother Paul Manera and stepson Dave (Carmella) Stitz.

In lieu of flowers, contributions can be made to Our Lady of Peace church in Lucky’s name.

To order memorial trees or send flowers to the family in memory of Fortunata "Lucky" Stitz, please visit our flower store.