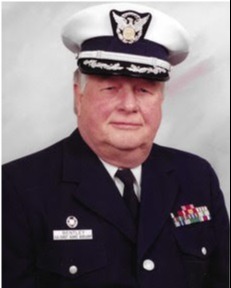 Gene, as he was commonly known, grew up in Delaware County. He graduated from Haverford High School in June 1948 and promptly enlisted in the Pennsylvania National Guard serving in the 235th Field Artillery Observation Battalion. He attended Swarthmore College until he was called up to active duty in the U.S. Army in the summer of 1950 after the outbreak of the Korean War. He was trained as a Ballistic Meteorologist at Fort Sill before being sent overseas to the 97th Anti-Aircraft Artillery Battalion stationed at an Air Force base near Tokyo, Japan. He served as Assistant Operations Sergeant and Assistant Master Gunner, and was honorably discharged in May 1952.

Upon discharge from military service, Gene returned to Swarthmore College where he met the love of his life, Janet Senft, during his senior year. He was in charge of recruiting musicians to the band and over the summer he had sent out letters to the incoming freshmen. He remembered seeing her for the first time at rehearsal clutching her oboe case and said it was love at first sight. He graduated with a Bachelor of Arts in Biology in June 1954 and went on to attend Hahnemann Medical College in Philadelphia. He and Janet married two days after his graduation from medical school. After rotating through his internships at West Jersey Hospital in Camden, he pursued a residency, then a fellowship in Pathology at Bryn Mawr Hospital, becoming board certified in Anatomic and Clinical Pathology.

Gene’s professional career began at Philadelphia General Hospital where he was the Chief of the Blood Bank and an Assistant Professor of Pathology at Hahnemann Medical College. In June of 1968 Gene took a position in the Pathology Department at Chester County Hospital in West Chester, PA and worked there until he retired in 2001. In his distinguished career he passed the subspecialty examinations in Blood Banking in 1972, the first year this certification was offered. He was very active in the Pennsylvania Association of Blood Banks throughout his career and served as Secretary, Vice President, then President of the organization. He was also an inspector for the American Association of Blood Banks (AABB) and served as Chairman of Inspection and Accreditation of AABB for Pennsylvania. He was a Fellow of the College of American Pathologists and an active member of the following organizations: American Medical Association, Greater Philadelphia Hospital Blood Bank Association, American Association for Microbiology, Eastern Pennsylvania Association for Microbiology, American Association for Clinical Chemistry, and Association for Advancement of Science.

Gene became a member of Flotilla 42 of the U.S. Coast Guard Auxiliary in 1971. Over the years he served as Flotilla 42 Commander, Division 4 Captain, and District 5NR Commodore. At a time when many of his contemporaries were applying for retirement from the Auxiliary, Gene held Flotilla, Division, and District staff positions, many of them simultaneously. He became a Boat Crew member in 2007, running patrols on the Delaware River, a Coxswain in 2009, and an Aids to Navigation Verifier also in 2009. In addition to the operations specialties, he supported the Coast Guard's mission of Boating Safety as a Public Education Instructor and as a Vessel Examiner. He recorded 18,640 hours resulting in 10 sustained service awards, two Operations Service Awards, and a Public Education Service Award. Gene was awarded the Division 4 Auxiliarist of the Year for 2007 and was recognized for his ability to mentor new officers and to change with the times while remaining true to the Coast Guard Core Values of Honor, Respect and Devotion to Duty. At the funeral he will be presented posthumously with an award for his 51 years of service.

In addition to the Coast Guard Auxiliary, music played a prominent role in Gene’s life. He performed on clarinet and saxophone for many decades starting in the Haverford High School band and in The Moonlighters, a big band he helped found. He was a charter member of the Merion Concert Band, where his wife Janet and five kids performed with him. Gene also played with the Rose Valley Chorus and Orchestra, Upper Darby Sousa Band, and the Marple Newtown Community Band. Always focused on learning and improving, Gene took clarinet lessons from Jules Serpentini of the Philadelphia Orchestra and Joseph Smith, retired Principal Clarinet of The Opera Philadelphia Orchestra and Principal Clarinet of The Philly Pops. He started to specialize on the Eb clarinet in the late 70s/early 80s and played that almost exclusively for years in the Merion Concert Band. His last performance was in December 2022 with the Marple Newtown Community Band at the age of 92. The Merion Concert Band will dedicate their January 29, 2023 (3:00 pm) concert at Welsh Valley Middle School to Gene.

Relatives and friends are invited to visit with the family 7:00-9:00 PM Thursday, January 12, 2023 and 9:30-10:30 AM Friday, January 13th at The Donohue Funeral Home, 1627 West Chester Pike, West Chester, PA 19382, followed by a funeral service 10:30 AM also at The Donohue Funeral Home. Interment at Philadelphia Memorial Park in Frazer, PA immediately following services.

In lieu of flowers, donations can be made to U.S. Coast Guard Auxiliary Flotilla 42 at www.cgauxa.org/donate, Merion Concert Band at https://merionconcertband.org/support, Marple Newtown Community Band at www.mncb.org, or Newtown Square Presbyterian Church at www.newtownsquarepres.org.

To order memorial trees or send flowers to the family in memory of Eugene A. Bentley, please visit our flower store.