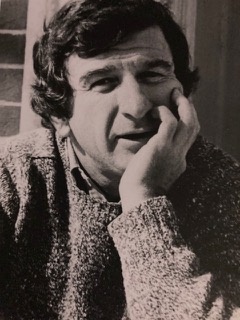 Dr. Robert H. Schwoebel, scholar, teacher, activist, and Marine, died in his sleep on October 19, 2021 in Bala Cynwyd, PA. He was 92 years old. Dr. Schwoebel was born in Bordentown, New Jersey in 1929. While still in high school he told his guidance counselor that he wanted to be a history teacher. He received his BA in History from Maryville College, TN in 1951, his MA in History from the University of Mississippi in 1954, and his PhD in History from the University of Pennsylvania in 1960. Dr. Schwoebel taught history at Temple University from 1957-1996. During his time at Temple, he published two books, “In the Shadow of the Crescent: The Renaissance Image of the Turk”, published in 1967, and recently translated into Turkish, “Renaissance Men and Ideas”, published in 1971. His last book, “History and Prophecy in the New World of Francisco Lopez de Gomara,” was published in 2019, when he was 89 years old.

Dr. Schwoebel was first and foremost a dedicated teacher and lifelong mentor to his students. His students recognized this by nominating him for the Danforth Foundation E. Harris Harbison Award for Gifted Teaching in 1970, which he won. He was also awarded the Temple University Faculty Award for Distinguished Teaching in 1980. He spent the 91-92 academic year teaching at the Temple University Rome Campus. His lifelong mission was to inspire his students and others to grow as whole human beings and to understand the importance of history, both the role of their own family histories and the role of global history in charting the future course of the world.

Dr. Schwoebel spent his life promoting social justice and social change. He did this through the various innovative and pioneering programs he designed and administered at Temple University, including the Student Development Program, the Cooperative Learning Program, and the Center for Contemporary Studies. He contributed to the social movements of the 1960s, and continued to contribute his time, money and intellect to the causes of peace, civil rights, human rights, and immigration, among others, throughout his life. His personal life also reflected his commitment to social justice, including from 1971-1975, as a founder/member of the Pinebrook Community, an intentional community in Paoli,  his volunteer work with African refugees the year he spent in Rome, and his lifelong support of a wide variety of international and community organizations. Dr. Schwoebel served as Chairman of the Temple University United Christian Ministries from 1967-1980, and was active in several local churches. As a young man, he served in the New Jersey and Tennessee National Guards before joining the Marine Corps, where he served on active duty for three years, followed by 17 years as a Marine Corps Reservist, ending up as an instructor at Quantico.

Dr. Schwoebel was a Renaissance man. He was an avid traveler throughout his life. He and his wife, Anne, spent time in Italy, France, Norway, Finland, Turkey, Morocco, and the Caribbean. While in the Marines he travelled to the Mediterranean and the Caribbean. He led Temple University students on an extended summer tour through Europe in the summer of 1962. He traveled to multiple countries in South America and East Africa with his older daughter, and he travelled extensively throughout the US. Beginning in 1962 he spent most of his summers on Swan’s Island, Maine, where he fished, sailed, and foraged for mushrooms, berries, mussels and clams. He was a prolific reader of both fiction and non-fiction and sustained a lifelong love of learning. He studied a number of foreign languages, and read and spoke Spanish, Italian, French, and German. Dr. Schwoebel turned his backyard in Swarthmore into a paradise for birds, of which he identified dozens of species. He loved gardening both flowers and vegetables, and cooking dishes from all over the world with his own fresh produce.

A deeply loving and committed husband, father, and grandfather, Dr. Schwoebel survived two wives; his first wife was Barbara Schwoebel née Stidham, to whom he was married for 29 years and his second wife was Anne Allen née Hirsch, to whom he was married for 25 years. He is survived by daughters Mary Hope Schwoebel and Camilla Schwoebel and son Sean Allen; grandchildren Kaamila, Lydia, Liban, Amalia, Cole and Yehoon; sons-in-law Steven Curtis Taylor and Abdiaziz Mohamed Ali, and daughter-in-law Nora Dock. He was deeply loved and will be sorely missed.

To order memorial trees or send flowers to the family in memory of Dr. Robert Schwoebel, please visit our flower store.