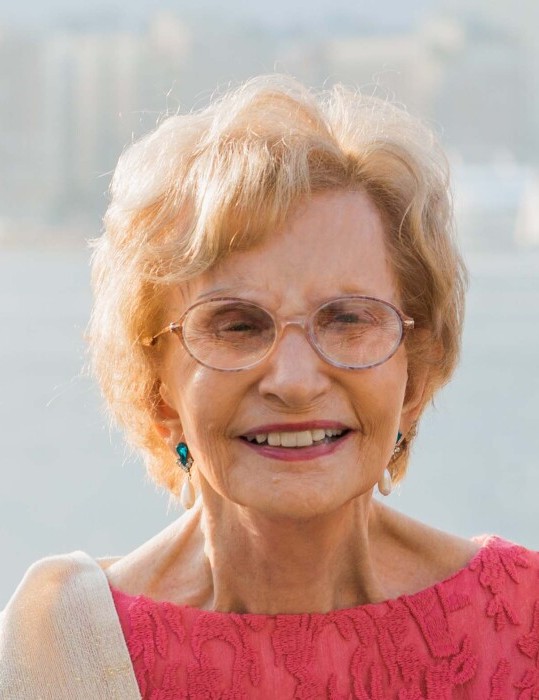 Dorothy lived in Rosemont for 55 years. Before that she lived all over the country, from Kansas City to Pittsburgh. She moved to Freedom Village in Coatesville in January 2018.

Dorothy grew up in Essington with her father, Benjamin Simrock, and her sister, Elizabeth ("Betty"). She attended Ridley Township High School and was in the National Honor Society. After her graduation in 1947, she went to work for Westinghouse, where her father was a machinist. It was there she met her husband, Edmund Wisniewski. They married in Ashley, PA and had three children: Diane, Tom and Paul.

After raising her children, Dorothy became interested in the clothing industry and worked for B. Altman and Company for several years. She left B. Altman's to work as a secretary at United Engineers, and later, worked at PennDOT in the construction department for 10 years before she retired.

Dorothy was a very social person who enjoyed being with friends, spending time with her family, and taking trips. Some of her favorite places to visit were Ocean City, Washington DC, Chicago, Baltimore, and New York City. In her later years she loved traveling with the To Live Again social support group to Pine Grove Ranch in Kerhonkson, NY to horseback ride.

Dorothy is predeceased by her husband, Ed, and her son, Tom. In addition to her two living children, Diane and Paul, she is survived by her five wonderful grandchildren (Colin, Amy, Ben, Tyler, and Sean), her daughter-in-law, Ruth Wisniewski, and her nieces and nephews.

In life, Dorothy was many things. She was a strong, intelligent, capable woman, and a lifelong Catholic. But most of all, she was a caring, loving mother, wife, and grandmother. She took a lot of pride in always looking her best, and was very friendly to all she met. Her smile and laugh infected all around her. We will miss her very much.

To order memorial trees or send flowers to the family in memory of Dorothy Wisniewski, please visit our flower store.