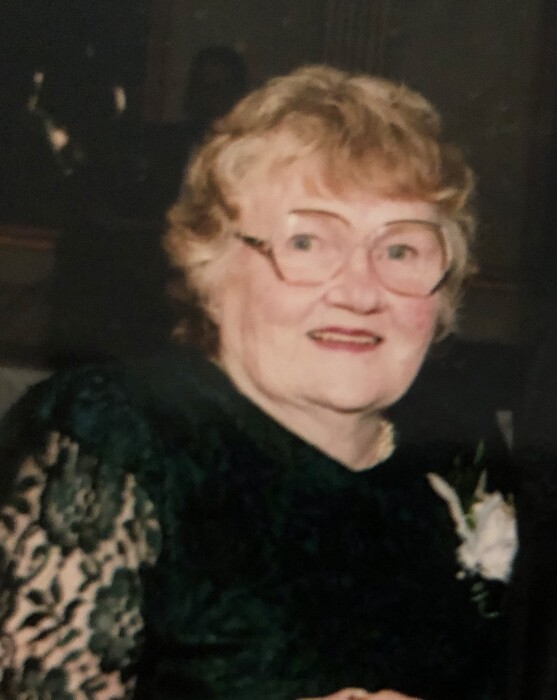 Dorothy A. “Dot” Ross (nee Crane), age 92, of Newtown Square, PA, passed away on May 28, 2021. Born in Philadelphia, PA she was the daughter of the late Alexander C. and Alice C. Crane (nee Broders). She was Member of St. Anastasia Parish for nearly 62 years.

Dorothy was a longtime volunteer, seen all over Newtown Square from the senior High School cafeteria “ice cream lady”, to comforting a special needs child on a school bus, to the cake booth during St. Anastasia Parish’s annual horse show and at the Keystone Regiment Drum & Bugle Corps performances - touching up shoe polish, or sharing a cup of water along a hot parade route.

For years, Dot was routinely found in the stands or on the sidelines of many a little league game, soccer or wrestling match, fanatically cheering on one of her many grandchildren.

Dot enjoyed playing cards, pinochle was one of her favorites, she shared hosting duties for a weekly card game in ‘The Heights’ for 45 years. These games, consuming the family for days leading up to card night, were not an opportunity for competition, rather they were additional mortar with which Dot contributed to the building of a community.

Mrs. Ross loved children. That love began with her own, but her love extended continuously. The family pool was a gathering place unlike any other; there Mrs. Ross welcomed any family, friend or neighbor, anytime; regardless of her own ability to swim. She welcomed them all to the, seemingly, endless party from Memorial Day to Labor Day, and beyond.

A wise woman recently noted that Mrs. Ross “…always saw the good in everything and everyone.”  Whatever she did, it most certainly included caring for and ensuring the happiness and well-being of a child – from her own to any child with whom she had the joy of coming in contact.  She was an avid believer that there was always room for 1 more.  Anyone who stopped by, for any reason, felt her warmth, love and hospitality as if you were the most important part of her life at that moment.  In fact, you were.

To order memorial trees or send flowers to the family in memory of Dorothy Ross, please visit our flower store.