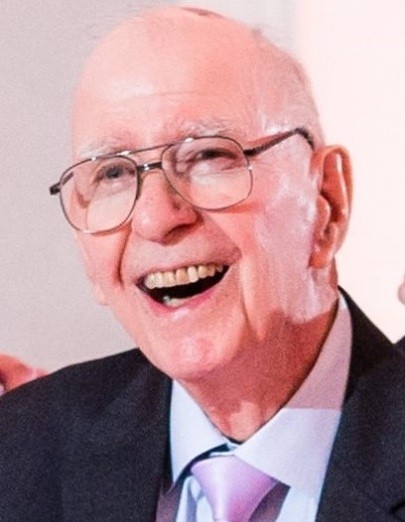 Don was a graduate of West Catholic High School for Boys, class of '54 where he was a member of the football and basketball teams. He had a long successful career as an Executive Sales Manager at Wilcox Walter Furlong Paper Company in Philadelphia, PA from 1958 to his retirement after 45 years.

As a member of St Pius X Church in Broomall,PA, he attributed his many successes in life to his strong catholic faith.  Don attended retreat annually at the Malvern Retreat House where he was a proud member of the 6-3 group for over 40 years.

Don is well remembered as a Coach and President of the Marple Junior Tigers youth football league from 1967 to the early 1980’s.  He was a founding member of the Cardinal O’Hara Thirsty Lions booster club and was an avid supporter of his children’s high school and college teams and activities.

He enjoyed his time as a member of Llanerch Country Club and loved spending vacations with family and the Sorority gang at the Jersey shore. In his retirement years, he enjoyed travelling especially his trips to Ireland, Rome and Hawaii and spending the winter months in Naples, Florida. He also looked forward to the monthly luncheons held at Casey’s Newtown Square with his fellow West Catholic alums.

His favorite role was as Pop-Pop, spending time with his grandchildren and great-grandchildren and continuing his role as loyal spectator at their many activities. He was a great storyteller with an impeccable attention to detail and his favorite topic was the family and legacy he was so proud of.

To order memorial trees or send flowers to the family in memory of Donald Dougherty, Sr., please visit our flower store.