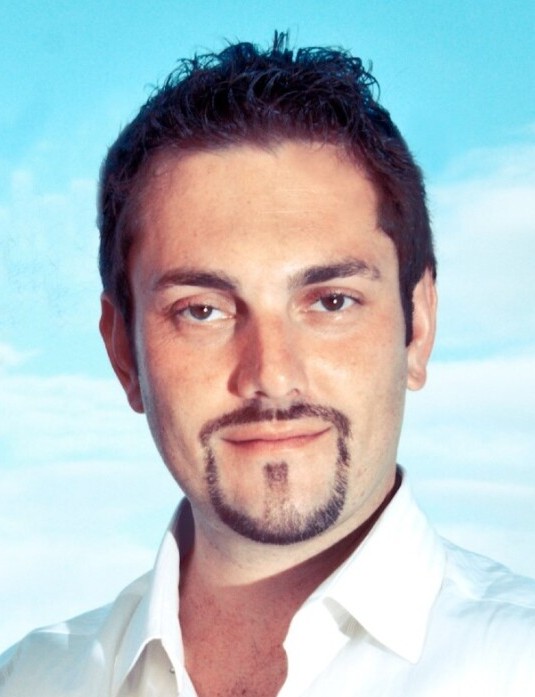 David Aaron Wilson passed peacefully, with his family surrounding him, on June 24, 2021, at Chester County Hospital.  He was born on April 16, 1981, the son of David Richard Wilson and Frances Burdine (Fiduk) Wilson.  He is predeceased by his father, David.  Surviving are his wife Erin (Tauber) Wilson, his mother Frances Wilson, his brother Blake Wilson, and his sister Amanda (Wilson) Roth.  He was very close to his extended family of aunts and uncles (Charli & Bob Jones, Judy & Cam Bausch, Steve & Lisa Fiduk, Carl Fiduk, and Carolyn Carswell), cousins, nieces, and nephews.

Part I: The Man

Aaron was a graduate of Unionville High School and went on to obtain a degree in Culinary Arts from York Technical Institute.  During high school he worked at Kinloch Woodworking in Unionville, PA, where he developed a passion for carpentry, which he shared with his grandfather, Richard Wilson.  Aaron loved music and was talented at both the guitar and drums, which he played alongside his childhood friend, Jon Greenhill.  Always energetic, he spent much of his youth playing sports, including ice hockey and running cross country, and was certified as a junior scuba diver under the tutelage of family friend “Bubba” Dean Johnson.

After graduating from YTI, Aaron moved to NYC where he quickly distinguished himself in the culinary arts, holding chef positions at a number of prestigious restaurants, including the world renown kitchens at Jean-Georges and Babbos.  Aaron returned home to the Unionville area in 2003, where he established himself as a talented and charismatic chef devoted to his craft.  Many will remember Aaron best as the Executive Chef and Culinary Instructor at the Dilworthtown Inn and Inn Keeper’s Kitchen where he worked alongside his long-time friend, Trevor Barnes. Aaron was recognized on multiple occasions for his passion and creativity in the kitchen, including being honored with the Award for Excellence by Chaîne des Rôtisseurs and appearing on Good Morning America (Philadelphia).  It was during this time that Aaron found his soulmate in Erin (Tauber), whom he regarded as his partner in every facet of life.  The two were wed in April 2013, in a ceremony on the beach in the Dominican Republic.

Before Silicon Valley would coin the phrase “move fast and break things”, Aaron embodied these words to their fullest.  He purchased his first motorcycle in secret before he turned eighteen, beginning a life-long passion for riding that he inherited from his father and grandfather, and would later enjoy with his wife.  Aaron loved people, but felt at home in the rural parts of Chester County where he could hunt, fish, and ride his motorcycle.  Artistic at heart, his creative dishes were a thoughtful expression for the senses, and detailed sketches frequently accompanied the descriptions in his notebook.  Aaron’s most artistic outlet, however, was enshrined on his person in a continuous upper body tattoo that he designed in the Irezumi style. Forever a trailblazer and incorrigible pot stirrer, his example is believed to have precipitated a stark increase in the number of tattoos amongst family members, much to the chagrin of several hold outs.

At home and among friends, Aaron will best be remembered as a loving husband, a devoted son, a protective brother, and an adventurous companion.  He was a free spirit who loved to live at the extreme.  Now untethered, he will have the freedom to ride wherever the wind takes him.

Aaron was an organ donor and in his death gave life to others.  In lieu of flowers the family suggests a donation in his name to The Episcopal Church Of The Advent for the maintenance of the Memorial Garden, at https://abundant.co/adventks/give , please select Aaron Wilson MG Donations under the "fund" drop down menu; or to a charity of your choice.

To join the Memorial Service via Zoom:

To order memorial trees or send flowers to the family in memory of David Wilson, please visit our flower store.

The Episcopal Church Of The Advent

The Episcopal Church Of The Advent