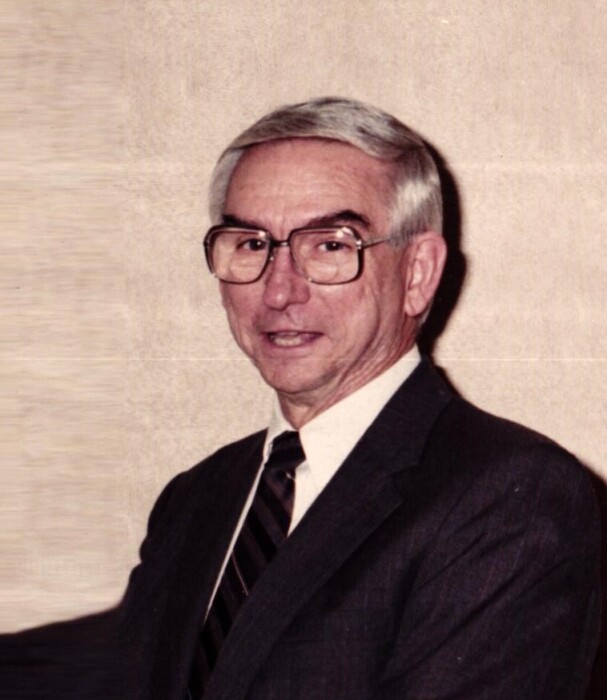 If the measure of success is being loved, admired and respected by the people in your life, Daniel Shields succeeded as few do.

Dan, known as Skipper to the 10 grandchildren and five great-grandchildren he delighted in, died at 92 on April 10 after a rich life of service to God, family, church, nation and community. His marriage to Helen (Santry) Shields lasted nearly 67 years and was an inspiration to their children Kathleen, Michael, Daniel and Gregory and their spouses Tod, Alison, Sangeeta and Amy.

A loving husband and father, Dan saw the dignity in everyone he met. He helped a homeless woman by handing her money he had seen her “drop”. He worked tirelessly to assist St Malachy’s parish in his native Philadelphia and generously supported several other charities.

He had only good things to say about people, but with a twinkle in his eye and a wicked cackle he could deliver a one-line zinger that showed off his razor wit.

Born at the dawn of the Depression, Dan experienced hardship as a youth but lived to see prosperous times. An avid student and firm advocate of education, he attended the Prep for high school, Saint Joseph’s for college on a Navy ROTC scholarship, and commuted to New York to earn his master’s degree at Fordham.

He served in the Navy during the Korean conflict and in the Reserves rose to the rank of commander, teaching anti-submarine warfare at the Navy base in Philadelphia.

His career as an aerospace executive at General Electric flourished while he worked from a mysterious, windowless building in Valley Forge his children were never allowed to visit. He once began a dinner table anecdote about what his secretary had found in the safe that day, only to break it off in mid-flow with a curt “I can’t tell that story”. Our assurances that he knew his children were not Russian spies fell on deaf ears.

We joked about his development of a death ray in the GE labs, but he was secretly proud of the tech savvy that only years later -- once the information was no longer classified -- he revealed had led to cutting-edge surveillance satellites.

His security clearance required occasional FBI spot checks with neighbors on the way he conducted his life. After getting rave reviews from one neighbor, an agent once reportedly said: “I’d have been shocked if you had told me anything else.”

But it was his family life that left a lasting impression. One of six children, he maintained constant contact with his siblings, often having a brother or sister over for Sunday dinner.

He shared with us his love-hate relationship with the often-losing sports teams in Philadelphia. He taught us the Hawk will never die during trips to college games at the Palestra. He could sink an 18-foot set shot, shouting “Chung” as the basketball swished through the net of the court he built behind the house in Kirklyn, from which the teenage neighbors once famously carried him to the back door with a badly twisted ankle.

He loved the pool at the house in Berwyn, the site of many happy hours swimming with the kids in his life.

At parties he could often be found playing on the floor with children, making an effortless connection with babies and toddlers that lasted into adolescence and beyond.

His constant encouragement and sage advice made him a bedrock of the clan. He made new members of the family feel welcome and appreciated.

“You have to love your children, but I like them, too,” he was fond of saying.

That extended to grandchildren Marta, Mary Kate, Margaret, Peter, Sarah, Chris, Eleanor, Sonali, Danny and Alex and their spouses John, Chris and Will. His great-grandchildren Hunter, Sadie, Lanie, Weston and Maren were the light of his life.

A master body surfer who spent summers down the Shore, he instilled his love of the sea in his children. He learned to sail as an adult and bought a boat he loved to ply through the Chesapeake, the bay at Longport and on lakes at state parks.

Skipper’s exit from this world leaves a vacuum that will make us miss him terribly, but his example of how to live and love provide a legacy that will long endure. Heaven will be rocking to the reunited Shields clan welcoming him in with song, music and jokes.

Masks are to be worn when visiting the family, to the Funeral Mass and Cemetery.   Social Distancing is to be observed.

In lieu of flowers, memorial contributions in Dan's memory to Sisters of St. Francis, 609 Convent Road, Aston, PA 19014 or St. Joseph Preparatory School, 1733 W. Girard Avenue, Philadelphia, PA 19130 or a charity of your choice would be appreciated.

To order memorial trees or send flowers to the family in memory of Daniel Shields, Jr., please visit our flower store.