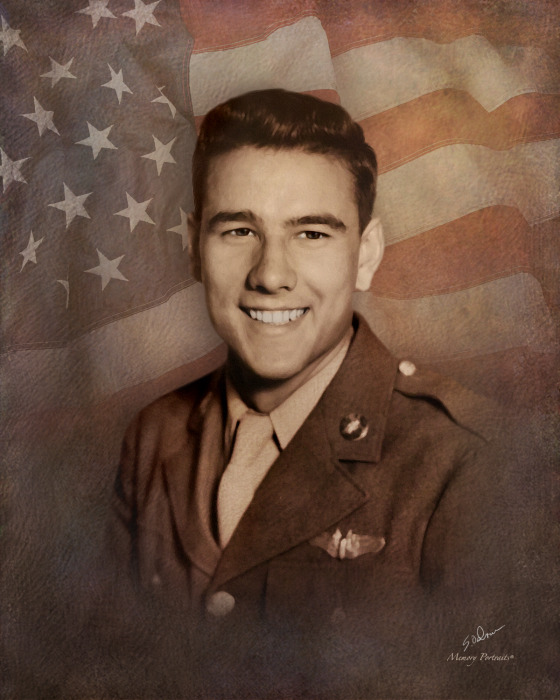 Daniel Mudrick, age 94, of Collegeville, PA, formerly of Havertown, PA, passed away on April 10, 2021.  Born in Charleroi, PA, he was the son of the late Samuel and Milica Mudrick (nee Haydin), and grew up in a large loving family of 11 brothers and sisters.

Upon graduation from Charleroi Area High School in 1944, Daniel followed four of his older brothers into the US Military Service during World War II. He joined the Army Air Corps where he attended basic training at Kessler Field in Biloxi, MS.  Daniel was attending B-29 Aerial Gunnery School at Buckingham Field, FL when the Pacific War ended.  The remainder of his service, he was assigned to Smyrna Air Base in Smyrna, TN and Biggs Field, in El Paso, TX.  He was honorably discharged from the service on November 15, 1946.

With the benefit of the G.I. Bill, Daniel attended and graduated from Washington & Jefferson College in 1950 with a Degree in Economics. He went directly on to graduate school and received his M.B.A. in Personnel Management in 1952 from the University of Chicago.

He worked for 6 months as a trainer for U.S. Steel, following which he moved across Pennsylvania to work for SKF Industries USA in King of Prussia, PA.  Over 28 years, he held various executive positions in Human Relations at SKF, with his final position being Manager of Compensation and Benefits.   He retired in 1987.

Family was most important to Daniel.  He enjoyed visiting with his immediate and extended family back at the Charleroi homestead, playing baseball with his three sons, and spending time at Long Beach Island.  He was an avid woodworker, who enjoyed refurbishing and finishing furniture for family and friends, and he loved working on clocks, maintaining an extensive home collection.

Relatives and friends are invited to visit the family Thursday, April 15, 2021 9:30-10:30 AM at Sacred Heart Church, Manoa and Shelbourne Roads, Havertown, PA and to his Funeral Mass at 10:30 AM.  Interment SS Peter and Paul Cemetery, Springfield, PA.

Masks are to be worn when visiting the family, to the Funeral Mass and Cemetery, and social distancing is to be observed.

In lieu of flowers, contributions in his memory to the American Cancer Society, 1818 Market Street, Suite 2820, Philadelphia, PA 19103 would be appreciated.

To order memorial trees or send flowers to the family in memory of Daniel Mudrick, please visit our flower store.