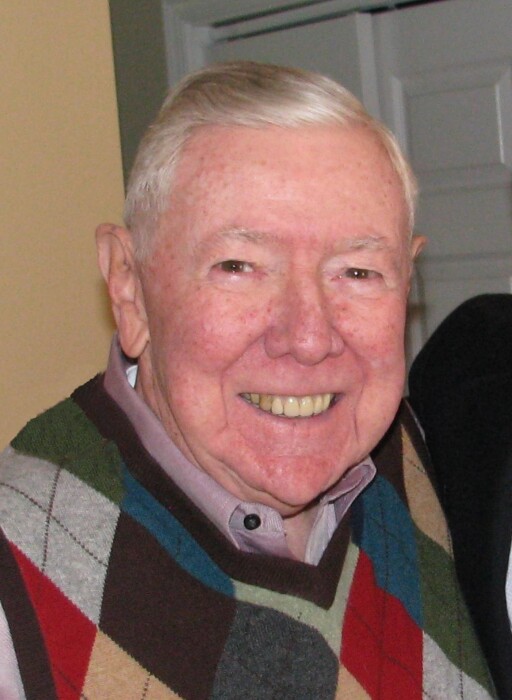 Daniel J. Dougherty, Sr. (“Dan”) of West Chester, PA (formerly of Havertown) and Hilton Head Island, SC, died peacefully at home on August 13, 2021, surrounded by his loving family. He was born in Philadelphia, PA to the late Daniel and Margaret (O’Connor) Dougherty. He graduated from Saint Thomas More High School and began his distinguished 51-year career in the insurance industry at Pennsylvania Manufacturers Association (PMA), where he worked for 31 years, followed by 20 years as an executive with The Home Insurance Co., prior to his retirement in 1997.

In 1948, Dan enlisted to serve his country in the Korean War, stationed primarily in Germany and Verdun, France as a U.S. Army medic.  Following his Army service, he returned home to Havertown, and soon met the love of his life, Dorothy Anne Doyle.  “Dan and Dot” wed in 1962, and raised three children. Their loving 37-year marriage endured until her passing in November, 1999.  His most-important “new career”, however, as the treasured and ever-present “Pop-Pop” had just begun.  He was an irreplaceable part of everything his grandchildren did, an enthusiastic fixture at each sporting and school event, family gathering and most of all, their everyday lives.  From school drop-offs to swim and wrestling meets, cheerleading competitions, baseball and hockey games, college trips and graduations, Pop-Pop did it all, always with the warm, infectious smile which became his trademark.  And for the many friends he made along the way, “Mr. Doc” would have hugs and handshakes, together with an unfailingly positive attitude, which made being with him so special.

Dan was passionate about many things in life, especially his eleven grandchildren, his country and sports, particularly baseball.  An excellent athlete himself, he made an even greater impact in coaching the game he loved, emphasizing the “life values” baseball fosters and earning the respect of his players.  Dan loved all his hometown sports teams, but none more than his beloved Villanova Wildcats and Philadelphia Phillies.  Most of all, though, he was the quintessential family man.  His warmth, strength and incredible kindness were matched only by his patience and selflessness.  Enjoying happy moments with his family, Dan often remarked that “it doesn’t get any better than this!”.  The same could truly be said about Dan himself.

In lieu of flowers, memorial contributions to Saint Joseph’s Villa in Flourtown, PA, would be greatly appreciated.

To order memorial trees or send flowers to the family in memory of Daniel Dougherty, Sr., please visit our flower store.