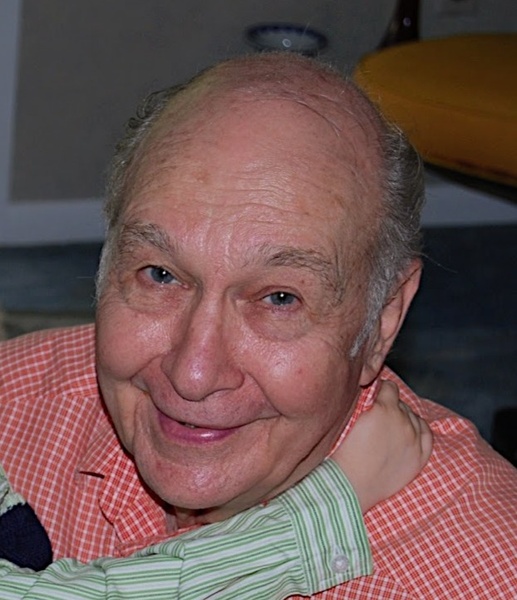 Cornelius “Neil” Vahan Yuzuk, age 84 of Drexel Hill, PA, passed away on June 16, 2022. Loving husband of the late Mary E. Yuzuk (nee Eberle). He is survived by his loving son Mark (Jennifer), his grandchildren who he adored Samuel, Nathan, and Benjamin, his brother-in-law James Cilione (Gail), and his nieces Helene and Christina. He was pre-deceased by his brothers, Theodore and Br. Paul.
Born June 16, 1938, in Queens, NY to Vahan D. Yuzuk and Sallie (nee Werphaw) Yuzuk. The family moved to Abington PA in the 1950s. Neil played a big part in helping raise his younger brothers while his mom was working. When he could find the time he enjoyed playing sports and was a proud member of the track team. He graduated from Abington Senior high school in 1956. He initially went to Penn State's main campus and after a few months decided to enter the United States Army. In the army he spent several years traveling the world serving his country, spending most of his time in Germany. He was discharged in 1962 and went back to school and earned a bachelor’s degree from Lasalle University in 1965.
After graduation, Neil worked for the state of Pennsylvania for over 37 years in the Welfare and LIHEAP departments. He spent his days helping others, listening, and learning about the challenges people had in their lives. He administered financial assistance and developed great empathy, patience, and understanding for those he served.
In the early 1970’s he met Mary Eberle and in 1974 they married at Old Saint Joseph’s church in Philadelphia. They settled and raised their family in Drexel Hill, PA. They had one boy who died at birth in 1975. In June of 1976, they felt blessed to welcome their son Mark into the world. Over the years they filled their home with love and laughter. Mary and Neil enjoyed family, making and being with friends, home-cooked meals, and embarrassing Mark every chance they had. Education was important to them and they sacrificed to send Mark to Saint Joseph’s Prep and Saint Joseph’s University. Mark was very lucky to have Mary and Neil as his parents and is forever grateful.
Neil was a kind and thoughtful man throughout his entire life. He retired in 2002 and spent most of the next decade as a dedicated caregiver to his wife Mary through various illnesses. He prioritized others over himself and was generous to family and strangers alike. He always aimed to make people feel welcome in his life, whether volunteering to help someone with a problem, offering sage advice, or just being supportive to his family. He appreciated hard work, was a great tipper, and always rewarded good deeds with Omaha steak packages.
His interests included being a history buff, doodling anywhere there was a pen and paper, enjoying cartoons in the newspaper, admiring art in any form, tracking new technology and advancements in medicine, watching the stock market and interest rates, and of course, going to the diner. Neil surprised people with his ability to cut a rug (aka dancing) and roller-skating backwards. He loved hearing and delivering a good joke. He enjoyed his trips to Atlantic City and a good seafood meal down the shore after combing the beach for shells.
Neil lived life being truly curious. He could find the amazing in the simple things in life. And he was passionate about his Catholic faith.
Neil was an amazing role model and absolutely the best dad, so proud of his son and grandsons. He was a good and kind friend. He will be loved and truly missed by his friends and family.
Relatives and friends are invited to his Visitation on Sunday, June 26, 2022 5:00-7:00 PM at The Donohue Funeral Home, 8401 West Chester Pike, Upper Darby, PA and on Monday, June 27, 2022 9:30-10:30 AM at St. John Neumann Church, 380 Highland Lane, Bryn Mawr, PA, followed by his Funeral Mass at 10:30 AM. Interment SS Peter and Paul Cemetery, Springfield, PA.
In lieu of flowers, contributions may be made to the St. Vincent dePaul Society of Philadelphia, 661 W. Germantown Pike, Plymouth Meeting, PA 19462.
To order memorial trees or send flowers to the family in memory of Cornelius V. "Neil" Yuzuk, please visit our flower store.