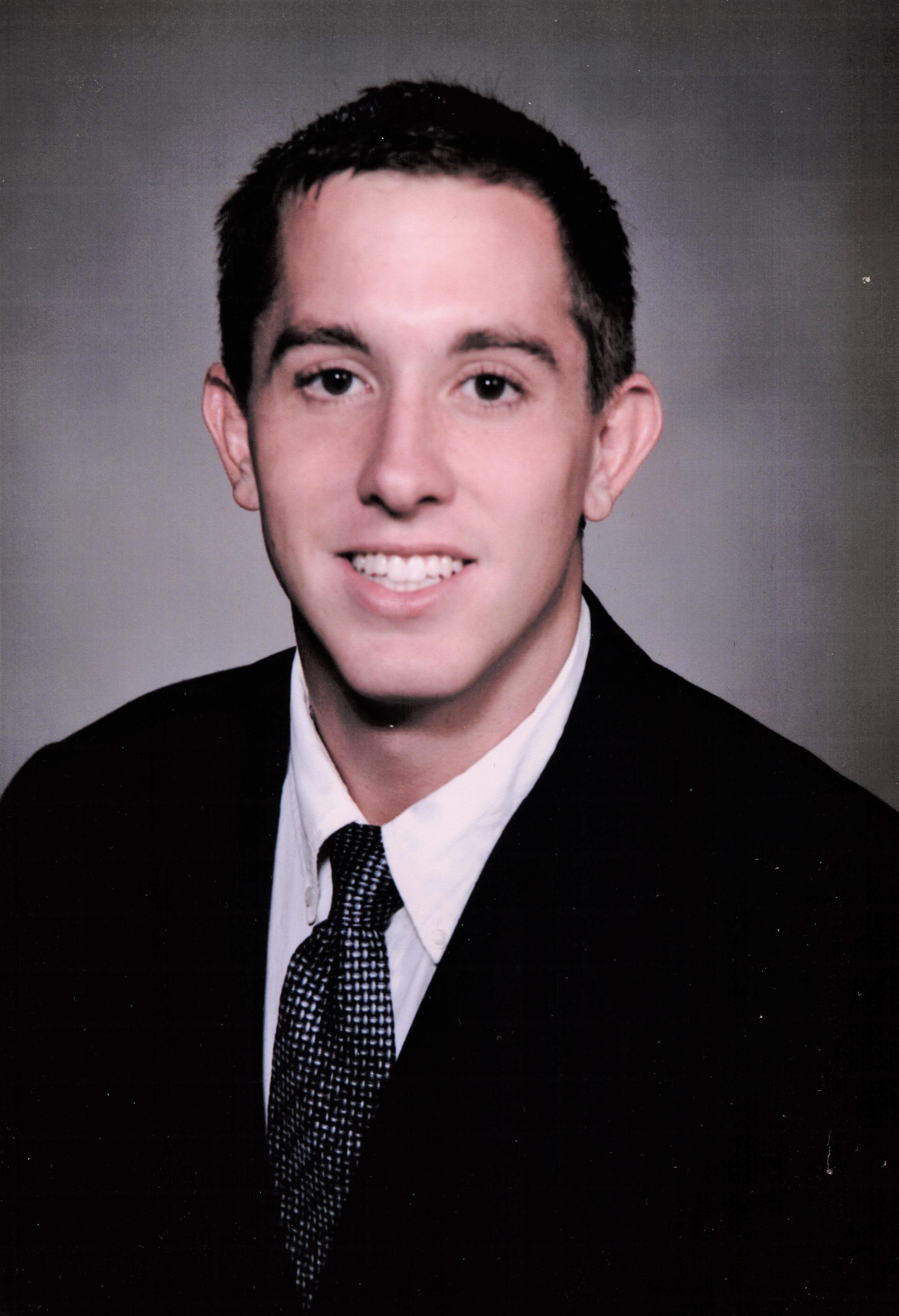 Christopher M. Raftery, age 43, of Devon, PA, passed away on May 11, 2022. Born in Wynnewood, PA, he was the son of Catherine Raftery (nee McNamara) and the late William H. Raftery.

Chris Raftery was everyone's best friend: A kind, hilarious and whip-smart guy who would do anything for the people he loved. Even if you only ran into Chris once or twice, you'd never forget him--and he would never forget you.

Chris was raised in Devon, Pennsylvania, where he spent his early years playing baseball in the backyard; watching non-stop '80s videos on MTV; and wearing hilariously oversized glasses. As he got older, the glasses went away, and Chris grew into a star student at both T/E Middle School and Conestoga High School. Not only was Chris an ace athlete--tennis, surfing, soccer, you name it--he was an academic dynamo, earning high grades and stellar SAT scores.

But Chris, who was never one to brag, wouldn't want you to read about his accomplishments on the field or in the classroom. What mattered to him most were his friends: His buddies from childhood through 'Stoga; from his time at Penn State; and from his successful career in the financial industry.

Everyone knew Chris as "Raf," and much like another popular '80s-bred hero--Ferris Bueller--he was seen by all as a righteous dude, the kind of guy who didn't care where you were from, how you dressed, or how much money you made. He greeted the world, and the people he met in it, with an open heart and an open mind.

Family was also crucial to Chris, who was surrounded on all sides by people he loved: He was lucky enough to grow up near two extraordinary sets of cousins. He spent countless hours watching Phillies games with his parents, Bill and Kay, and trading emails and phone calls with his brother, Brian, about their shared pop-culture obsessions (Prince, Pee-Wee, ALF). And he enjoyed great happiness with his longtime love, Victoria, and their beloved pups.

In later years, Chris was delighted to become an uncle to his nieces, Tegan and Bridget, and an adored brother-in-law to Jenny. They were crazy about the fella with the goofy jokes and the hilariously elaborate birthday-card messages. Who wouldn't be?

In the mid-2010s, when it became clear his father's health was failing, Chris dropped everything and stepped up to help Bill. Not long afterward, when Covid struck, he was a constant source of support and love for Kay--taking her to doctor's appointments, and coming over to her place for movie nights. You could always count on Chris.

We lost Chris way, way too early. It's unfair, and frankly unbelievable, that our best friend is gone.

But Chris wouldn't want his family and friends to dwell on that. He'd want us to focus on the good times, and to celebrate one another--the way he celebrated us.

And so, to honor his memory, let's all try to live as Raf did: With joy and jokes, hugs and high-fives. Let's blast some Phil Collins, down some Berwyn Pizza, and make sure everyone in the room knows how much they're loved. And let's share our favorite Chris stories in the comments below.

In addition to his mother, Catherine, Chris is survived by his loving brother Brian M. Raftery (Jennifer Williams), his nieces Tegan and Bridget Raftery and many aunts, uncles, and beloved cousins.  He is also survived by his former spouse Victoria Mechkov.

To order memorial trees or send flowers to the family in memory of Christopher M. Raftery, please visit our flower store.
Send a Sympathy Card