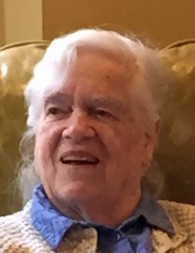 Charlotte was an ordained minister of the United Church of Christ, having served as minister to the South Emanuel Church, UCC, in Rochester, NY and as an Associate Conference Minister of the UCC regional offices in Syracuse, NY and Collegeville, PA.  In retirement she lived in the community of Cartmel in Kennett Square for ten years before moving to the Crosslands Retirement Community, where she lived for eleven years.

Charlotte was born in Saginaw, Michigan, the daughter of the Reverend Thornton Penfield and Ruth Biddle Penfield. She grew up in Yonkers, New York, where her father was minister of the First Presbyterian Church.  She attended Westtown School in Pennsylvania and Oberlin College in Ohio. On receiving her B.A., she went to India under a fellowship granted by the Oberlin Shansi Memorial Association. She worked for two years at Hislop College in Nagpur, Maharashtra, teaching English and French. On returning from India, she accepted a job as Associate Director of the student YM/YWCA at the University of Texas, then a center for social and political action. She was actively involved in efforts to integrate the theaters and restaurants in the University area.

In 1962 Charlotte married Chuck Gosselink, an Oberlin classmate and co-fellowship recipient in India. When he was given an appointment to the U.S. Foreign Service, she accompanied him on his assignments in Washington, DC, Damascus, Syria, Bombay, India and Sanaa, Yemen. He resigned from that position in 1967, and together they went to Madurai, India to direct the Oberlin Shansi cultural and educational exchange program there at the American College and Lady Colleges of Madurai University. When that program was unexpectedly suspended by the Indian government, they returned to the U.S. and settled in Providence Rhode Island for 19 years, where both were on the faculty of the Moses Brown School.  In the last years of that time, Charlotte attended Harvard Divinity School and Andover-Newton Seminary and prepared to become an ordained minister.

Throughout her life, Char was politically involved, always ready to act on her deeply felt commitment to social justice, even when it took her to jail on two occasions. But she is also remembered for her quiet strength, sensitivity, and wisdom in working with likeminded people to solve problem and promote the better good and for her leadership, especially at Crosslands, of memorial services for departed friends. She will be missed.

Char is survived by her husband of 60 years, Chuck Gosselink, her three children: James Gosselink, Robert Gosselink and his wife MaryBeth, and Rebecca Johannes and her husband Robert, and by five grandchildren: Gordon Gosselink, Ricardo Gosselink, Gale Gosselink, Katherine Johannes, and Janea Kelly.

To order memorial trees or send flowers to the family in memory of Charlotte Gosselink, please visit our flower store.