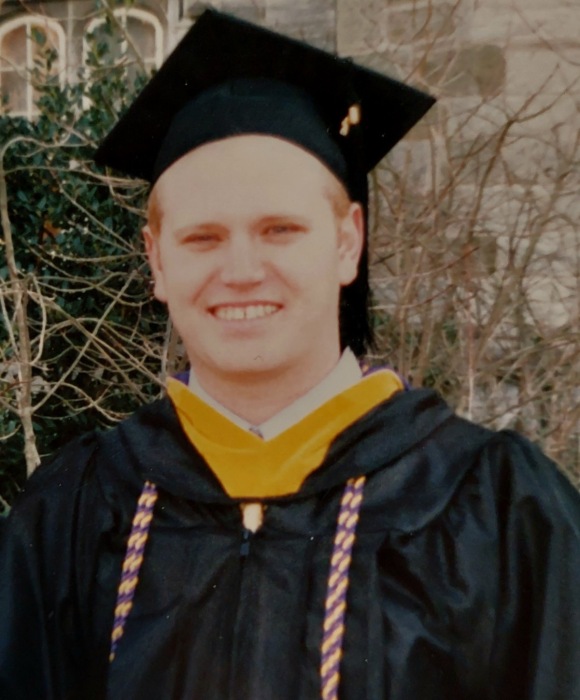 Russell was extremely intelligent, witty and competitive. He enjoyed the TV show Jeopardy and was unbeatable at trivia. He could not be defeated at ping pong and was tough to stop in a driveway game of basketball with friends. In high school Russell lettered in varsity basketball and was a devout Philadelphia sports fan. He was also on the Honor Society Team and won numerous medals while swimming competitively for the Sharon Hill Swim Club. Russell loved music; his favorites were Dave Matthews and the Beatles.

Above all, the greatest joy of his life was being a father to his adored 11 year old daughter, McKenzie.

Sadly, Russell suffered for the past 10+ years from a rare autoimmune disease called IgG4. Although he is finally at peace, he will be dearly missed by everyone who knew and loved him.

A Memorial Service to celebrate Russell’s life will be announced at a future date.

In lieu of flowers, please consider making a donation to The National Organization for Rare Disorders, donate@rarediseases.org. Additionally, a memorial fund in Russell’s name has been set up via GoFundMe by his cousin Joshua McFarlane, to help cover funeral expenses and to be put aside for future financial needs (a college fund) for his daughter McKenzie.

To order memorial trees or send flowers to the family in memory of Charles Sullivan, IV, please visit our flower store.