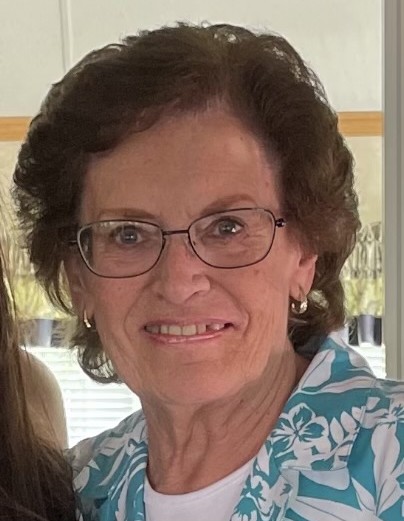 Carol Potter, loving wife, mother, grandmother, and great-grandmother died at Cooper Hospital on Monday, August 16th.  Born in Philadelphia, PA, she was a devoted daughter to the late Mary and Ken Ewing and sister to the late Kenneth Ewing, Jr.  In 1961, Carol married her high school sweetheart, Robert (Bob) Potter and recently celebrated 60 years of marriage. Over that time, their love grew stronger. Bob and Carol spent and cherished every moment together. They were inseparable and Bob was truly Carol’s other half.

Carol was a loving and dedicated mother to her four sons, Robert “Bobby” (Barbara), Christopher, Shawn (Anne Marie) and Dennis (Christine).  She was an inspiring role model to her eight grandchildren (Kourtney, Kaitlyn, Amanda, Taylor, Dalton, Maren, Will and Scarlett) and three great-grandchildren (Logan, Jimmy and Olivia). Carol enjoyed spending time with her family on the beach, boating, camping and taking care of her beloved pets.  She was a resident of West Chester, PA for many years and enjoyed her summers with her friends and husband at Holly Shores in Cape May, NJ.  While Carol will be missed, the impact that she had on every life she touched will last forever.

To order memorial trees or send flowers to the family in memory of Carol Potter, please visit our flower store.