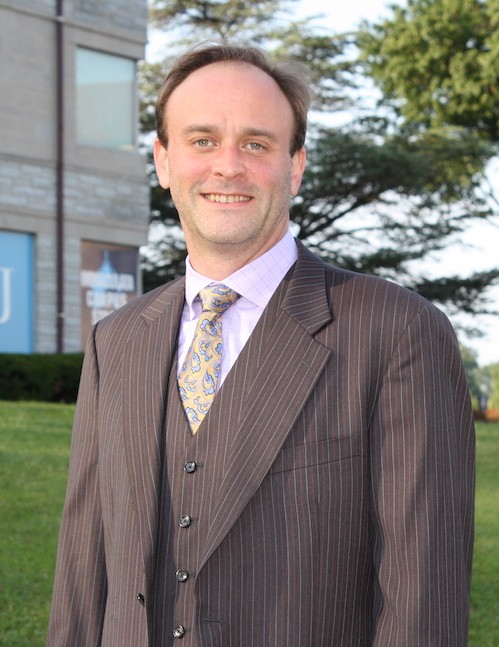 Brian Andrew Petersen was only 40 years old when he was taken from us on September 25, 2021. News of his passing is leaving a void in the hearts of countless family members, friends, and colleagues that cannot be filled.

Born December 17, 1980 in Orange, California, it was only a few short years later that the family moved to West Chester, Pennsylvania. It was a perfect move for Brian as he lived in his beloved West Chester for the balance of what was an amazing life.

A graduate of West Chester East High School, Brian continued his education by earning a B.A. and an M.A. at Immaculata University. However, the greatest achievement of his educational journey was earning a PhD from Alvernia University.

From his undergraduate years it was clear Brian was destined for a career in higher education. That calling led to a 15-year relationship with Immaculata University - which he treasured – and a position as program director for the M.S. in Management and Leadership Program. Perusing his student evaluations made it clear that he was loved and admired by students at all levels within the university.

Outside the campus, Brian’s beautiful, powerful voice caught the attention of so many. He was also terrific on the piano and trumpet. His trainer certification led him to become an assistant instructor and multiple medal recipient in Tang Soo Do.

Brian’s accomplishments can fill more than a lifetime. His passion for leadership led him to a membership in the International Leadership Association where he was an annual presenter of multiple research papers at conferences all over the world. He also belonged to the Academy of Management, Alpha Epsilon Lambda, the Immaculata University Alumni Association and Board of Governors.

Brian always entertained family and friends with his quirky sense of humor and love of debate. However, most of all he had a special bond with his niece Lily that brought out his softer side.

A Visitation will be held from 4 pm to 6 pm with Celebration of Life service at 6 pm.

In lieu of flowers, Brian’s family is asking for contributions to an Immaculata University scholarship in memory of Brian Petersen.

Or make your donation in memory of Brian Petersen online at:

To order memorial trees or send flowers to the family in memory of Brian Petersen, PhD, please visit our flower store.