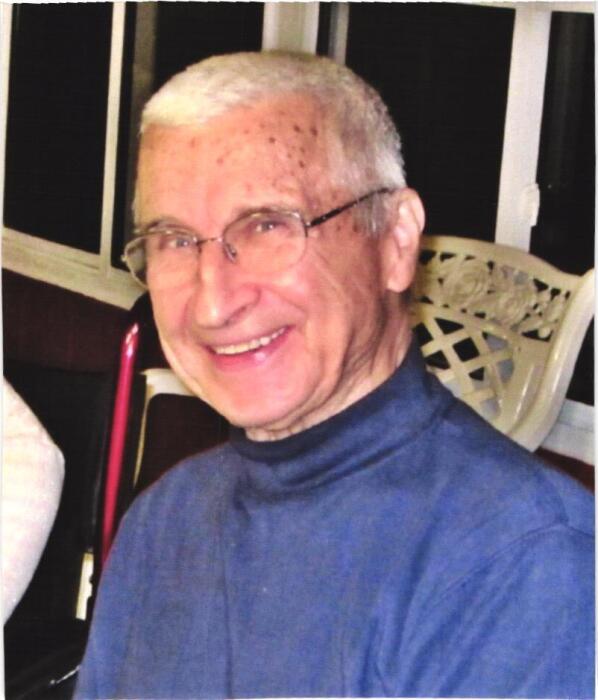 Bernard L. Zaber died on May 4, 2021, at the age of 91 at his home, where he poured concrete, built an addition, and made memories for over six decades.  Bernie was many things to many people, but most importantly, he was a compassionate and loving husband, Dad, Poppy, Grand-Poppy, and friend.

Bernie was a devoted husband of 53 years to his late wife, Jeanette M. Zaber. Bernie supported Jeanette through multiple rounds of cancer, sporting his signature buzz cut to match her cropped hair during chemotherapy treatments and building her a platform in their family room on which he could help her perform her exercises. Bernie and Jeanette spent countless hours outside together, he in his vegetable garden while she tended to her roses.

He is survived by his four daughters - Barbara Mancini (Nick), Beverly Zaber, Janie Iannucci, and Sandy McElhinny (Matt) - and his son, Bernard W. Zaber.  When an acquaintance commented to Bernie that with four daughters, he would have a lot of weddings to pay for, he responded that no, he had a lot of college to pay for.

Bernie was a man, a force, really, who did not let anything stand in his way, including his inability to swim.  Bernie was awarded numerous commendations for his service in the U.S. Navy on the USS Henderson during the Korean War, despite the fact that he passed his qualifying swim test by walking along the bottom of the pool.  “What good is it to know how to swim,” he remarked, “if I’m stranded in the middle of the ocean anyway?”

Bernie could, and did, fix almost anything. He didn’t mince words and if you were brave enough to withstand his oft-used phrase, “What the hell were you thinking?”, you would learn how to roof, plumb, and perform electrical work too.

Bernie never quit. He retired as a Manager, Technical Training from Burroughs Corp./Unisys after earning his college degree attending night school at Villanova. He coached Little League, volunteered at the West Chester Senior Center completing tax returns for the “old folks” (while of senior status himself), and had a penchant for repairing his roof through his 80s to the dismay of his children.

Bernie’s work ethic was matched only by his passion. He sent hand-written notes to elected officials, was frequently the lone dissenting vote as a member of the West Chester Area School Board, volunteered on construction projects for women fleeing domestic violence, and debated almost anything.

Bernie was a man of immense faith. He was an active member of St. Agnes Parish, where he faithfully attended morning mass over decades. His children and grandchildren relied on him to “light a candle” to the Sacred Heart before tests, sporting events, or other adventures. While he is no longer with us, his life and light continue to shine.

Born in Shenandoah, PA, in1929, Bernie was the son of the late Walter and Anna Zaber; and the brother of the late Joseph W. Zaber.

Funeral Mass will be livestreamed at https://www.facebook.com/thedonohuefuneralhome

To order memorial trees or send flowers to the family in memory of Bernard Zaber, please visit our flower store.