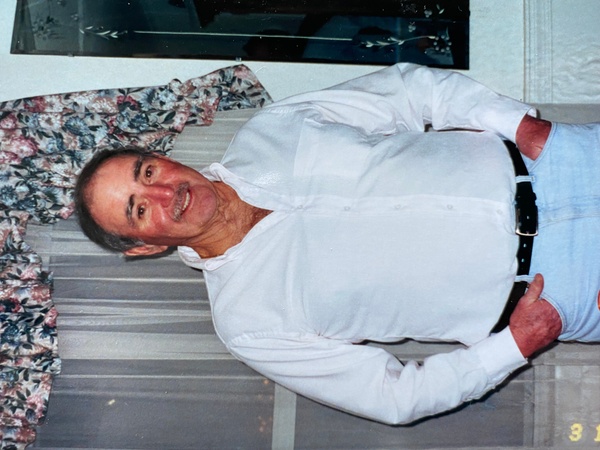 Barry was born on March 10, 1935 at Bryn Mawr Hospital, the second child of Jim and Nean Henry.  Barry grew up the middle child, with big brother Jimmy (or JP as Barry called him) and little sister Suzy.  Then, 23 years later his baby sister Patty was born, by this time Barry was married and had two children of his own.   Barry was raised on Clover Lane in Wayne and was a 1953 graduate of Radnor High School.  Following his graduation, Barry and his friend purchased a new flatbed truck and over the next 17 days drove across the US from Wayne to Fairbanks, Alaska, where they found work in a gold mine all summer.  While in Alaska they befriended a “rich kid” from California who later had published a Catcher in the Rye style of book, with Barry and his getting many mentions.  After the summer of ’53,  Barry drove to California to be with his high school sweet heart, Charlotte Rae Blank, who had graduated from high school one year earlier and was serving in the Air Force.  Barry and Charlotte later moved back to Wayne and married, living in an apartment over the old O’Brien’s News Agency. Their first child Sharon was born shortly thereafter, Judy would follow and then Cindy was born after they had moved into a new house in King of Prussia.  Charlotte was pregnant with their fourth daughter when she fell ill and Barry tragically lost both his newborn daughter and the love of his life in a matter of weeks. Barry was a widower at 28, with three little girls.

After several years of soul searching and support from family and friends, Barry married his second wife and they had three children of their own - Randi, Barry Jr. and Michael.   They all moved into a larger home that Barry built in Gulph Mills, six kids total, where many memories were created.   Barry and his large family lived here for several years but the second marriage was not meant to be.

Along the way Barry established himself as a great business man and a “hustler”, a word Barry used as the ultimate compliment. He worked many jobs in the construction industry and for a period of time went into business with his father and brother.  Later, Barry established a successful concrete construction company, excavating basements and installing foundations for residential homes in the region, working here until retirement.

A chance encounter at a friend’s party was where Barry met the second love of his life, Rebecca Perry Robinson - Betsy.  Barry and Betsy married in 1982 moving that year into their home on Walnut Avenue in Wayne where they lived until 2002 when they both retired and moved permanently to their home in Avalon.   Barry and Betsy loved their retired lives in Avalon.  For a few years Barry initially worked as a handyman, fixing whatever was needed for various homeowners in Avalon and Stone Harbor.   Barry loved his Eagles and Phillies, religiously watching the Phils all summer long.   He worked out almost every day and enjoyed seeing his buddies at Miracle Fitness.  Barry loved to sit on his deck in the sun catching a cool breeze, having one O’Doul’s a day, and could churn out a C.J. Box novel with the best of them.   Barry and Betsy had many pets of their own and had also adopted pets over the years, with his beloved yellow lab, Bo, with him until the end.   Barry has always been a family man and was happiest when surrounded by his large family: 6 children, 2 step-children, 22 grandchildren, and 5 great-grandchildren.   Barry’s life changed in 2019 when his beloved Betsy passed on.  He was a widower for the second time and he missed Betsy every day.   He’s now with her again, and will be challenged in sorting out the heavenly arrangements between Betsy and Charlotte!

In lieu of flowers, contributions in Barry's memory to the Cape May County Animal Shelter,  https://capemaycountynj.gov/160/animal-shelter would be appreciated.

To order memorial trees or send flowers to the family in memory of Barry E. Henry, please visit our flower store.