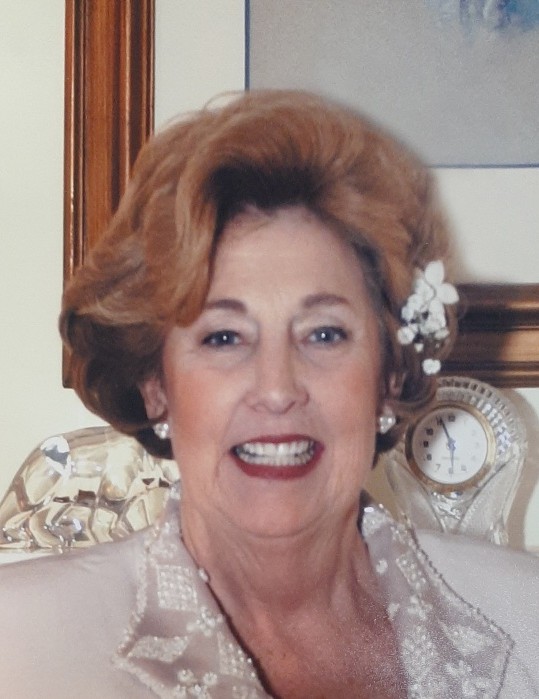 Barbara Anne Atkins (nee McCormick), of West Chester, PA, passed away on December 22, 2021, at the age of 76.  Born in Darby, PA, to Dr. John A. and Barbara (King) McCormick, she was the fourth of seven children.  She was the beloved wife of John M. Atkins, who predeceased her in 2014.  Barbara Anne was also the loving and devoted sister of Brian (Mary Emily) McCormick, Shelley McGovern, Brendan (Barbara) McCormick and Patrick (Maureen) McCormick and her cousin Molly (Kenneth) Lawrence.  She was predeceased by her brothers, John (Maureen) McCormick, and Kevin (Martha, “Marti”) McCormick, and her nephew, John P. McCormick.  She is also survived by her children, Dr. Elizabeth Atkins Cook (Rodney), Bridget Atkins, John M. Atkins, Jr. (Charity), and Dr. Miranda Atkins Makulski, and nine beloved grandchildren.  In addition, she is survived by 18 nephews and nieces and 30 grandnieces and grandnephews, all of whom adored her and whom she supported throughout her life.

Barbara Anne graduated from Mater Misericordiae (now Merion Mercy) Academy and earned a Bachelor of Science degree in Foods, Nutrition and Related Services from Immaculata University in 1967.  She started her career with the VA, and her leadership skills were put to good use during her career, working as Study Coordinator for the Neurology Department at Graduate Hospital, Director of Research & Standards at ARA Services (now Aramark), CEO of her own consulting company, and as an Assistant Director of Nutrition at Campbell Soup Company.  Barbara Anne ended her career in 2014 when she retired from Merck & Co. Inc. as a Senior Clinical Scientist in Oncology Clinical Research.

Before moving to West Chester in 2017, Barbara Anne resided in Lansdale and was an active member of Corpus Christi Catholic Church, especially in helping new members of the faith in the RCIA process and serving on the Pastoral Council.  She was also an enthusiastic supporter of the American Red Cross, Southeastern Pennsylvania Chapter, serving as a Site Captain at blood drives for more than 20 years and as a Pheresis Ambassador. Barbara Anne was especially proud that she initiated a Platelet Donation program at Merck, which eventually led to the Red Cross mobile platelet bus.  She was also a longtime volunteer for Special Olympics and a life member of the Women’s Auxiliary of St. Edmond’s Home.

Barbara Anne probably attended or hosted more family parties, Holy Communions, baptisms, baby and wedding showers and wedding receptions than any sane person should in a lifetime and loved every minute of each and every party.  Always willing to share a laugh or a meal, Barbara Anne was the best hostess a guest could want.  You only had to meet Barbara Anne once and it’s unlikely you would forget her.  Or that she would forget you.  She was a source of inspiration and comfort to her family, friends, community and business associates.

Due to COVID concerns, funeral services will be private. Relatives and friends are invited to view the livestream of the service at 11 AM on January 8, 2022: https://youtu.be/-VeyaT27BRY .

In lieu of flowers, contributions may be made in Barbara Anne’s memory to McAuley Convent of the Sisters of Mercy, 517 Montgomery Ave., Merion Station, PA 19066 or the Philadelphia Red Cross Blood Services, 700 Spring Garden Street, Philadelphia, PA 19123 (or https://www.redcross.org/donate/donation.html/ ).

To order memorial trees or send flowers to the family in memory of Barbara Atkins, please visit our flower store.