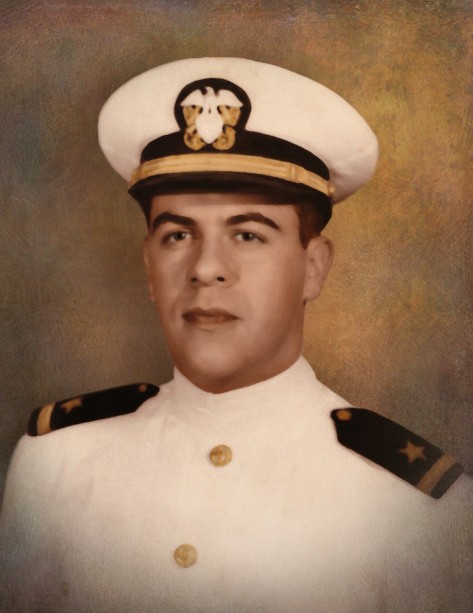 He is survived by his wife of 51 years, Doris, and his three children, Julie Rowe (Clifton) of Sharon, MA, Andrew DeFalco, of Philadelphia, and Lauren Pennington (Nicholas), of Villanova, PA. He loved to be around his seven grandchildren, Georgianna Rowe (12), Beatrix Rowe (10), Violet Rowe (8), David DeFalco (14), Caroline DeFalco (12), McKinley Pennington (9) and Tucker Pennington (7).

Anthony was born to Ciro and Philomena DeFalco on July 28, 1936 in his beloved Bronx, NY. Anthony’s sisters, Jean Bartolomei and Louise Ward, have always mentioned his strong work ethic in the same breath as his epic jokes and antics. He was an altar boy, a prankster, and an Eagle Scout. Anthony attended Christian Brothers Academy and graduated from Cardinal Hayes High School, experiences that fueled his strong Roman Catholic faith. He played baseball in his youth and was a lifelong fan of the New York Yankees and later, the Philadelphia Phillies.

When it came time to either be drafted or enlist in the military, Anthony and his friend flipped a coin to determine which service to join. That’s how Anthony began his service in the U.S. Navy. After attending Officer Candidate School and receiving his commission as Ensign, he joined the Navy Corps of Engineers (for the rest of his life, he reminded us that “Seabees Can Do!”). Deployed to Dam Neck, Virginia, Anthony saw the world, even fitting in a visit to his father’s family in Italy.  After his service, he remained in the U.S. Naval Reserves for 18 years, ultimately achieving the rank of Lieutenant Commander.

One night at a party on Rittenhouse Square in Philadelphia, Anthony met the eyes of a “knockout” redhead named Doris. Their first date at a Polynesian restaurant ultimately led to their wedding on February 28, 1970. Together they lived in various locations in Pennsylvania and Virginia until settling in Radnor, PA, where they lived for decades and raised their children.

Anthony devoted his professional life to ensuring clean water. He graduated from Manhattan College School of Engineering in 1958 with a B.S. and in 1963 with an M.S., both in Environmental Engineering. With his decades of experience, he was proudest of his award-winning work to remediate the Superfund site at Rocky Mountain Arsenal in Colorado. He was also proud of his ability to provide detailed information about possible contaminants in rainwater, making his children the only ones who never got to splash through puddles. Even after his retirement, Anthony worked part time with the EPA’s Region 3 office, helping localities reach goals for clean drinking water, healthy estuaries and watersheds, and mentoring a young generation of environmental engineers.

For nearly two decades, Anthony went to the Lancaster County Farmers’ Market for a standing “Wednesdays Without Wives” coffee hour with his friends. He loved listening to Luciano Pavarotti, homemade eggplant parmigiana, and telling not-at-all-exaggerated stories. Anthony could do every dance from a foxtrot to a polka and frequently led his daughters around the dance floor at weddings and parties. He loved the family dog, Bonnie, to whom he would sneak McDonald’s sausages after a trip to the dog park.

As a young dad, Anthony would implore his children to visit him someday in “the old sailors’ home.” As promised, his family kept vigil with him “by the rusty anchor” throughout his multiple illnesses this spring and his final peaceful passing. John Masefield wrote in “Sea Fever,” Anthony’s favorite poem, “I must down to the seas again, to the lonely sea and the sky, And all I ask is a tall ship and a star to steer her by… all I ask is a merry yarn from a laughing fellow-rover, And quiet sleep and a sweet dream when the long trick’s over.”

In lieu of flowers, donations may be sent to Manhattan College “Fund for Manhattan” at https://connect.manhattan.edu/giving or Catholic Charities at https://www.catholiccharitiesusa.org/ways-to-give/