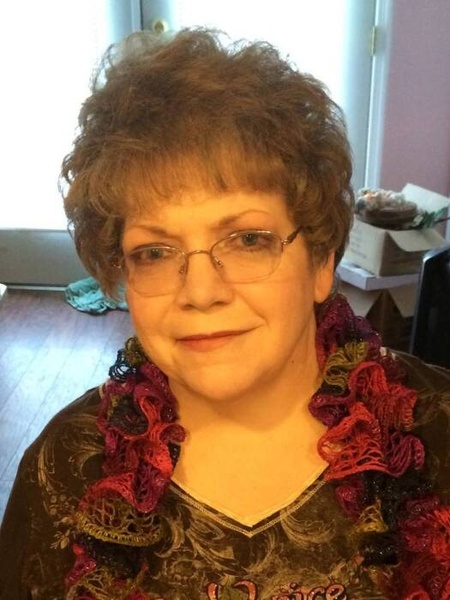 Anne L. Pinto of Glenolden, PA passed away peacefully with her family by her side on July 27, 2021. She was 69 years old. Anne was born in Darby, PA to the late James and Mildred (nee Grear) Brennan in December of 1951. She was the devoted wife of Ronald Pinto; loving mother of Michelle Pinto and Denise Pinto; and dear sister of Thomas Brennan and Rosemary McClure. She was preceded in death by her brother, James Brennan, Jr. Anne was lovingly known by Ron as “Pi”, “Queener” or “Cheekles”. The two met in 1969 one night at the Fireside Inn in Springfield, PA when his band at the time, Only Us, was playing. Anne was very passionate about music and supported Ron by watching him play gigs with his many bands for years to come. They married in April of 1973. After graduating from Cardinal O’Hara High School in 1969, Anne worked at The Philadelphia Bulletin until she gave birth to her first daughter, Michelle, in 1976. She was an amazing stay-at-home mom for many years and also balanced a part-time job as a medical billing clerk. In 1988, she gave birth to her second daughter, Denise. She then became a certified mastectomy fitter, which was a perfect fit for her caring and compassionate demeanor. Anne’s gentle and warm-hearted personality shone through in all facets of her life. Her daughters meant everything to her, and she made sure that they knew it. She cheered them on in dancing school and Girl Scouts and went above and beyond to help them with book reports and school projects, always taking the time to make sure the final product was something that they could be proud of. Not only was she nurturing, but she had an amazing sense of humor. You could usually find her cracking jokes (sometimes a little off-color) or making funny faces to make us laugh. Anne also had an amazing love for animals which she instilled in both of her daughters. She enjoyed cooking, crocheting, calligraphy and craft-making and always put her personal touch on anything she made. The gift baskets that she gave for Christmas and Easter were one-of-a-kind. She always managed to know exactly the right things to put in each person’s basket and you could see that each was made with love. Her favorite place to be was in Ocean City, MD where we made many memories with her in our condo on the bay. Later in life, Anne suffered from various medical problems but she never complained about any of it. She managed to have a positive attitude no matter what was thrown her way and you’d rarely see her without a smile on her face. She was so easy to talk to that she made friends anywhere she went, from the grocery store to the salon. She was known as “mom” not just by her children, but by all of their friends as well. She made such a memorable impression on the staff at Delaware County Memorial Hospital during her many stays there that she was on a first-name basis with many of the people that worked there. She genuinely cared about everyone that she got to know, always asking how they were and how their families were. A Celebration of Life will be planned for the fall. In remembrance of Anne’s life, the family asks that any charitable donations be made to Providence Animal Center at https://providenceac.org/ support-us/donate/memorial .

To order memorial trees or send flowers to the family in memory of Anne Pinto, please visit our flower store.