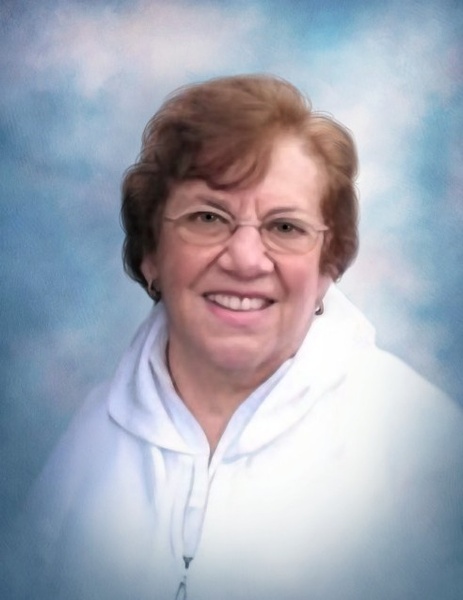 She was born in the village of Fallo in the Abruzzo region of central Italy in 1932 and immigrated to the United States with her parents at four years of age. Her family lived on Sansom Street in Philadelphia and later, on Overhill Road in the 69th Street area of Upper Darby.

She graduated from West Philadelphia High School and worked as a secretary for the U.S. Navy Department at their Upper Darby office where she met William (Bill) Schultz. They married in June of 1959, and set up house in Newtown Square, PA where Bill was band director and music teacher at Marple Newtown Junior High School.

After starting their family, in 1965 they moved to Warren Road in West Chester, PA where they raised their three children. During this time Angela worked part-time at Friendly’s Ice Cream in the Exton Mall and later at the Sears Surplus Store in West Goshen Shopping Center so she could be home when her children got off the school bus.

In 1987 after the death of her husband, Bill, from Lou Gehrig’s Disease, she went to work full-time at QVC in Customer Service. She served as an assistant Girl Scout leader for several years when her children were young, belonged to the Westtown Swim Club and was a member of SS Simon & Jude Catholic Church since 1965.

Angela enjoyed reading and passed that love on to her children by packing them into their silver Ford Falcon station wagon for weekly trips to the Chester County Library which was then in the Dague Building on Market St in West Chester. Two of Angela’s favorite books were “Angela’s Ashes” and “Unto The Sons”, both true stories of European families who immigrated to the United States as her own family had.

Angela also loved flowers and gardening. She enjoyed taking her family to Longwood Gardens and tending her own flower and vegetable plots, watching the birds at the bird bath from her kitchen window. She was a good cook and delighted her family with homemade pasta, delicious chocolate birthday cakes, and Christmas cookies. She enjoyed traveling and her children have fond memories of camping together as a family in their Coleman pop-up camper at Myrtle Beach and the Jersey Shore.  In her later years, her travels with family and friends included Germany, Italy, Hawaii, Alaska, Bahamas, Bermuda and more. She enjoyed good movies, especially musicals, like “The Sound of Music” and “Mamma Mia” and some of her favorite singers were Frankie Valli, Neil Diamond and Andrea Bocelli.

After selling the family home on Warren Road in 2006, she lived first at New Kent Apartments, then Bellingham Retirement Community and finally, Harrison Hill 55+ Apartments. She thoroughly enjoyed the friendships she made at these communities, as well as at the West Chester Area Senior Center, where she regularly attended a conversational Italian class. She could also play a mean game of Scrabble and enjoyed playing Rummikub with the ladies in her building.

In lieu of flowers, the family would welcome donations made in memory of Angela to the St. Jude Children’s Cancer Research Hospital at https://www.stjude.org/donate/ or to the West Chester Senior Center, 530 E. Union Street, West Chester, PA 19382, www.wcseniors.org

To order memorial trees or send flowers to the family in memory of Angela "Jean" Schultz, please visit our flower store.