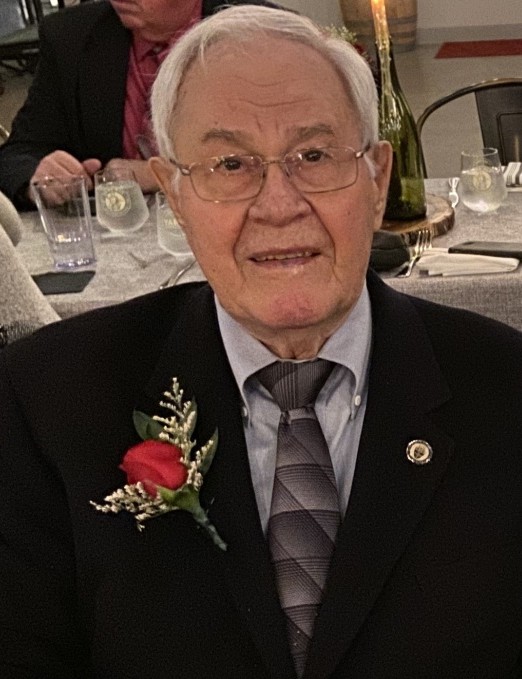 Born in Hague, ND, he was the son of the late Leo and Clara (nee Mastel) Welk.

Alvin was a graduate of Linton HS and received his BA in Economics from St. Thomas College in Minnesota, Class of 1951.  He then went on to serve his country honorably in the US Army, during the Korean War, stationed in Fort Indiantown Gap, PA, where he met his first wife, Mary. Alvin was transferred to Germany and due to his excellent skills in the German language, worked as a translator there.

Alvin was employed as an auto claims supervisor for 29 years with State Farm Insurance, retiring in 1991.  He was a 4th Degree Knight with the Knights of Columbus Mater Dei Council 4129 in Newtown Square. Since his childhood years and all through his life, Alvin sang in choirs.  He was one of the first members of the St. Pius X Church Choir. Alvin was an avid bowler and his claim to fame was that he made the “7-10 split.”  Alvin also loved to hunt with his sons and grandsons and was a marksman extraordinaire.  He was well educated, a tender-loving and kind man who most of all loved his family.

Alvin is survived by his beloved wife of 25 years, Donna M. (nee Taplin) Kaye-Welk; his eight loving children, Richard Welk (Debbie) of Aston, PA, Theresa Walsh (Joe) of Nottingham, PA, Michael Welk (Mary) of Coatesville, PA, Nancy Grunewald (Lt. Col. Robert, Ret.) of Alexandria, VA, Joanne Boyk (James) of King of Prussia, PA, Robert Welk of Burlington, VT, Stephen Welk of Havertown, PA and Vincent Welk (Susan) of Downingtown, PA.  He is also survived by his 21 grandchildren, 17 great-grandchildren, with 2 on the way, his 3 brothers and 3 sisters.  He is also survived by Donna’s sons and their families.  Alvin is predeceased by his first wife, Mary C. (nee Lawlor) Welk, his grandson, William Welk, his brothers, Paul and Lucas, and his sister, Viola.

To order memorial trees or send flowers to the family in memory of Alvin Welk, please visit our flower store.