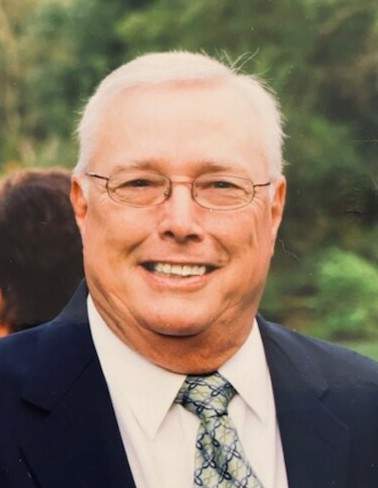 He was born in Philadelphia, PA on February 18, 1944 to Joseph and Myrtle (Milligan) Tordone. Fred was predeceased by the love of his life and adoring wife of 56 years, Janet (Ruscitella) Tordone, in 2014 and his younger brother, David Tordone, in 2013.

Fred leaves behind his two children and their spouses whom he was extremely proud of: Jennifer (Tordone) Castello and her husband, Peter, of Duxbury, MA; Stephen Tordone and his wife, Sonja Kelly, of Hingham, MA. He also leaves behind eight amazing grandchildren whom he cherished more than anything: Jason (21); Corryn (21); Erin (19); Lily (19); Steven (18); William (18); Chad (16); and Kevin (16).

Fred graduated from Upper Darby High School and attended East Stroudsburg University on an athletic scholarship in baseball and football where he graduated with a degree in physical education. He married Janet – his grade school sweetheart – in 1965. Fred held many jobs before he and Janet were able to pursue Fred’s life-long passion of starting a contracting company and building homes for his family and others in the Chester County area. Fred was a successful builder in Chester County for over 40 years.

Given Fred’s athletic prowess, it was no surprise that one of his greatest joys was watching his kids play sports in high school, attending every game whenever possible, and rooting his son on at his Hartwick College soccer games. Fred was equally as passionate about attending his grandkids’ important events, whether it be dance recitals, soccer games, hockey matches or plays. He traveled anywhere to support their passions – their success and happiness were his main priority. In the last few years of his life, Fred relocated to Plymouth, MA to be closer to his two children and their extended families to share in their many personal triumphs.

Fred and Janet also enjoyed traveling with family and friends, particularly with Janet’s sister, Joan Riviello and her husband Rich; as well as Fred’s brothers, Joe and David, and their respective wives, Irene and Linda. Fred and Janet have wonderful memories of fun-filled trips to Italy, Ireland, Puerto Rico and several stateside destinations over the years.

In lieu of flowers, please consider donating to the Mass General Hospital for Children Resiliency Program at https://because.massgeneral.org/fundraiser/3542894 .

To order memorial trees or send flowers to the family in memory of Alfred "Fred" Tordone, please visit our flower store.