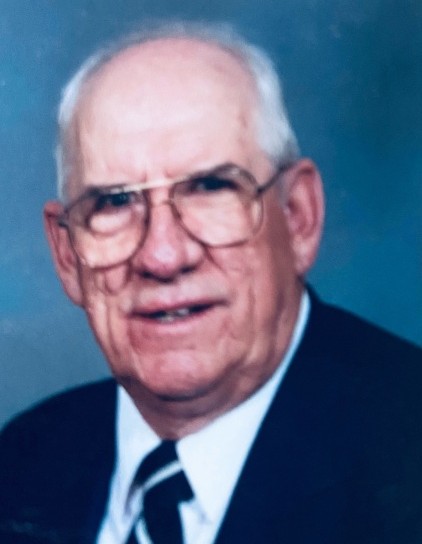 Born in Chester Springs, PA he was the son of the late Albert Rogers Wertz, SR and Harriette Popjoy Wertz. He was a lifelong resident of Chester County.

He was the husband of the late Estelle Howell Wertz with whom he shared 57 years of marriage.

He is survived by one daughter Joy Wertz Houp of The Villages, FL, one grandson Juddson Wertz Herr (Donna Jean) of Quakertown and one great grandson Hunter Trent Herr of Quakertown. He was predeceased by a sister Harriette (Betty) Wertz Webster.

Al was a 1938 graduate of Downingtown High School, where he was an outstanding miler on the track team, placing 3`d in the Chester County Championships and 2nd in the Gene Venske Invitational Mile in Boyertown, PA. He studied Business Management at Penn State University.

Al served honorably in the US Marine Corps during World War II, from 1942-1946 in the South Pacific Theater of Operations with VMD 354 Marine Photo-Graphic Squadron, Fourth Marine Aircraft Wing.

He worked for Colonial Life Insurance Company for 3 years leaving to work for Abbotts Dairies as an ice cream street salesman. He was popularly known around Chester County as the “Ice Cream Man”. In 1982, after 32 years of service, he retired from Abbotts as Philadelphia Regional Sales Manager.

After his retirement, he and his wife owned and operated an antique shop in Morgantown until 1994. Upon the death of his wife in 2000, he started back in the antique business at the Pennsbury Antique Mall where he specialized in mechanically operated victrolas and Edison cylinder players. He was known throughout the tri-state area for selling quality postcards some of which were well over 100 years old.

He was an active member of St. James Episcopal Church in Downingtown, taught Sunday School, served on the Vestry and worked with the community auction program.

Al was an avid follower of local sports, particularly Downingtown High School and The Hill Prep School in Pottstown, PA.

He was a life member of the Issac Walton League, the West Caln Sportsmens Club, the Chester County Chapter of the Marine Corp League, the National Rifle Association, Veterans of Foreign Wars Post 00845 and a former member of the Sportsmen's Beagle Club.

He was a civil war collector as his grandfather William Popjoy was wounded on May 18, 1864 in Green Plains, VA.

To order memorial trees or send flowers to the family in memory of Albert Wertz Jr., please visit our flower store.