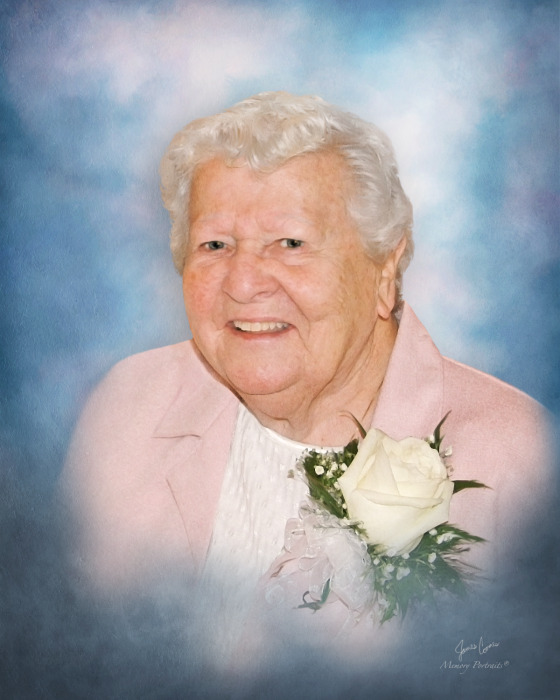 Gloria Coleman, SHCJ, offered the following about her friend, “Sister Rosemary was a true friend whose life was personified  by her goodness, her caring, and her faithfulness to so many in  her life of service.” She will be deeply missed.

Born and raised in Philadelphia, Pennsylvania, Sister Rosemary, a “Saint Edward’s girl,” attended elementary school at Saint  Edward School in the city’s Fairhill neighborhood and high school at John W. Hallahan Catholic Girls’ High School. It was at  Saint Edward’s where Sister Rosemary first met the Holy Child Sisters. The Sisters have served in Fairhill since 1886.

Sister Rosemary entered the Society of the Holy Child Jesus immediately after high school and  made her first and final vow in 1953 and 1960, respectively. She became well known by her  religious name Mother Alice Mary.

Beginning in 1981, Sister Rosemary divided the next 10 years between teaching at Holy Child  Academy in Drexel Hill, Pennsylvania (1981-1986) and Annunciation School in Washington, D.C.  (1986-1991). All this led up to the crowning ministry of her life: 12 years at Saint Mary of the  Assumption School in Philadelphia, where she served as principal and was indispensable to the  pastors at both Saint Mary’s and the neighboring Saint Lucy Parish. As a pastoral minister, she  often visited the hospitalized parishioners. Sister Rosemary became known and loved by the entire community, especially when she and Sister Gloria Coleman lived in a house adjacent to  Saint Mary of the Assumption’s rectory.

Sister Rosemary joins her parents, John, and Alice (McDermott), and her brothers John and Joseph, and her sister Anne. She is survived by several nieces, nephews, grandnieces, and  grandnephews.

Services and Interment are private.

In lieu of flowers, memorial donations may be sent to the Society of the Holy Child Jesus – American Province, 1341 Montgomery Avenue, Rosemont, PA 19010, or made online at  www.shcj.org/american/donate.

To order memorial trees or send flowers to the family in memory of Sr. Rosemary Ritchie, S.H.C.J., please visit our flower store.