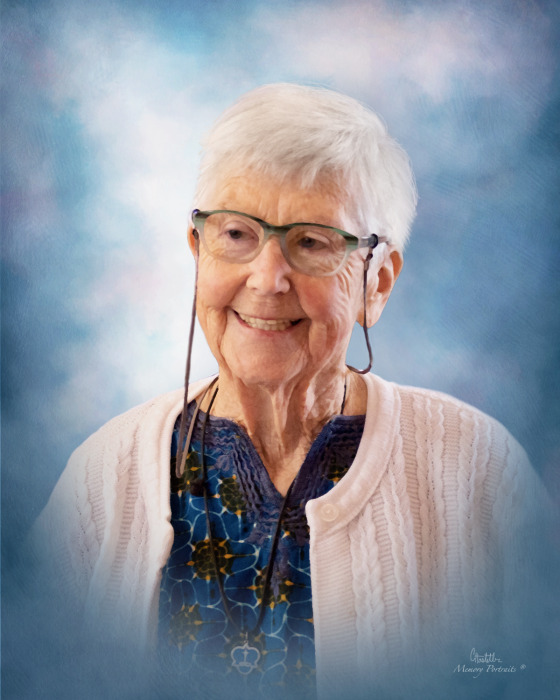 Megan Rice, SHCJ, a Sister of the Society of the Holy Child Jesus, missionary, and ardent social justice advocate, died on Sunday, October 10, 2021, at Holy Child Center in Rosemont, Pennsylvania. She was 91. During her 71 years of ministry as a religious, Sister Megan became known internationally for her work in support of nuclear disarmament.

Sister Megan lived her life with love full of action and zeal,” said Carroll Juliano, American Province Leader for the Society of the Holy Child Jesus. “Her commitment to build a peaceful and just world was unwavering and selfless. She will be sorely missed, but her work will endure.”

From an early age, Sister Megan believed deeply in equity and justice for all, which was nurtured by her father, a physician, and her mother, a college professor. As a Sister of the Society of Holy Child Jesus, she dedicated her life to serving others, enthusiastically embracing the Society’s guiding principle “Actions Not Words.”

Sister Megan was born on January 31, 1930, in New York City and entered the Society of the Holy Child Jesus in 1947, immediately following her graduation from Saint Walburga’s Academy. Filled with a reservoir of compassion and faith, she made her final vows in 1955 and became well known by her religious name Mother Frederick Mary. Two years later, she earned a Bachelor of Science degree from Villanova University before continuing her education at Boston University, where she was awarded a Master of Science degree in 1962.

While she loved teaching and spending time with her students, Sister Megan’s great desire was to minister in the Society of the Holy Child Jesus – African Province. In 1962, she was filled with joy when assigned to serve in Nigeria. For 23 years, she worked as a teacher, catechist, pastoral guide, and administrator in impoverished West African communities, which often lacked clean, running water, and electricity.

On her return to the United States in 1986, Sister Megan continued her work with marginalized communities, including at the Catholic Worker in New York City, Saint Mary Parish in Syracuse, New York, Jonah House in Baltimore, Maryland, and the Franciscan Center for Peace in Reno, Nevada.

Eventually, Sister Megan returned to the Society’s African Province where she served in religious education and pastoral care for several more years between 1991-2003.

Sister Megan’s missionary zeal and independent advocacy led her to peacefully protest for nuclear disarmament, as Catholic teaching condemns the use of nuclear weapons.

Sister Megan’s activism resulted in her arrest on numerous occasions and, at 82, being sentenced to three years in federal prison, where she was released after serving two years.  Despite her selflessness and quiet demeanor, Sister Megan earned national recognition for her nuclear disarmament activism. She was featured on the front page of the New York Times, invited to testify before Congress, and the subject of a documentary. Sister Megan lived a life full of action in pursuit of justice and peace. Up until her final days, she was devoted to the Society’s mission to “rejoice in God’s presence and to help people believe that God lives and acts in them and our world.”

In lieu of flowers, memorial donations may be sent to the Society of the Holy Child Jesus – American Province, 1341 Montgomery Avenue, Rosemont, PA 19010, or online at www.shcj.org/american/donate.

To order memorial trees or send flowers to the family in memory of Sr. Megan Rice, S.H.C.J., please visit our flower store.