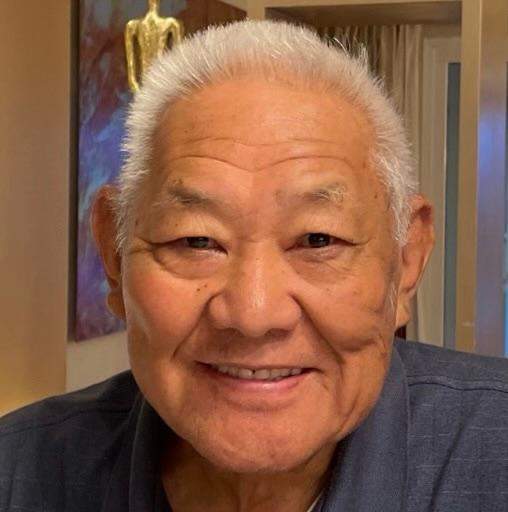 Born September 11, 1933, in Modesto, CA, he was the son of the late Kuzo and Chii (nee Iwamura) Ogino.  He grew up with his six brothers, Richard, Tom, Chuck, Mitch, Taka, and Jack.   All the brothers helped on the farms, growing grapes for the vineyards in California, and sugar beets, tomatoes, and celery in Utah.   Since he was number six of the seven, he always recounted his memories of how he would get the well-worn clothes of his older brothers.  Depending on the degree of dramatic prose in his storytelling, he and his brothers walked, in snow, over a considerable (variable) distance to school in thin-soled well-worn shoes.   His family's timeline includes their relocation to the Amache Internment Camp in Colorado.  He joined the United States Marines in 1951 and served during the Korean War as a Radio Mechanic.  He was decorated with multiple honors and honorably discharged at the rank of Sargent.

He attended Cal State, Los Angeles, and received an Electrical Engineering degree.   While working for Hughes Aircraft, he lived in many U.S. naval port cities installing electronic equipment on Navy vessels.  We would later discover that some of these vessels were described in Tom Clancy's novels.   After working in the corporate world for many years, he built his successful company, MDS Engineering, in San Diego, California.   After retiring, he lived in Chula Vista, California.  He later moved to Honolulu, Hawaii, near his grandchildren, Kai and Wesley.

He loved the Japanese culture, followed his heritage's traditions, and supported organizations that helped the Japanese American community.  He was a "collector" of any item that could be reused, retooled, repaired, or resold.   He considered many articles in his garage to be historical artifacts for someone, somewhere.  He was proud of the tool collection he had accumulated over the years.  His favorite pastime was completing handyman projects using his self-taught (pre-Google and pre-YouTube) talents.  He loved to "talk story" for hours with visitors.   If he learned of a hardship experienced by a friend, he was quick to share or offer support.

Services will be held at the Punchbowl National Memorial Cemetery of the Pacific in Honolulu, Hawaii, at a later date.

In lieu of flowers, contributions may be made to The Sharing Foundation, P.O. Box 600, Concord, MA 01742.  https://sharingfoundation.org

To order memorial trees or send flowers to the family in memory of Shigeru Ogino, please visit our flower store.