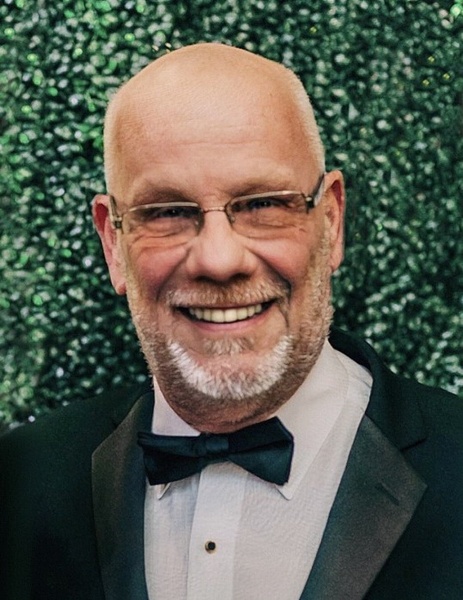 Born in Somers Point, NJ, he was the son of the late John M. and May A. (nee Bierman) Fleming.

Scott was a graduate of Upper Darby High School, and was married to his high school love, Janice, for 48 years.  Scott attended Villanova University, where he majored in English and pursued his passion of reading and writing, which continued throughout his lifetime.

Scott’s father, John, was influential in helping him acquire his painting skills which led him to taking over the family business, becoming the owner and president of Fleming and Company. Most recently he worked with Buttonwood Painting as a construction estimator.

Scott was a member of Llanerch Country Club for over 30 years, where he proudly served as President in 2004 and 2005.  He also served on multiple committees during his time at Llanerch.  In addition, he recently chaired the committee for the 50th Upper Darby High School Reunion.  He enjoyed every minute of being reacquainted with long lost classmates and friends.

Scott enjoyed family vacations in Stone Harbor, NJ and time at the beach over the years. Music played a big part in his life, and influenced him greatly. Above all, his greatest love was family and being devoted to them. His passions were evident in his everyday conversations with family and friends, where he was quick to quote a literary hero, tell a joke, or play a song.  He was a loyal, kind, generous and fun-loving individual, who will be greatly missed by all.

Scott was the beloved husband of Janice D. (nee Norley) Fleming; the loving father of Melissa F. Epps (Keith) and Todd D. Fleming (Marcia); the devoted grandfather of Cassidy Hope, Chloe, Lily, Brady, Cole, Chase, Carter and Charlotte; and the brother of Jack Fleming (the late Mary).  He was predeceased by his sister, Barbara Moore.

A Memorial Service for Scott will be held at a later date.  Please check back for updated information.

In lieu of flowers, contributions in Scott’s memory can be made to Sonder House, www.sonderhouse.org or Food Bank of Delaware, www.fbd.org.

To order memorial trees or send flowers to the family in memory of Scott Fleming, please visit our flower store.

A Memorial Service for Scott will be held at a later date. Please check back for updated informatio